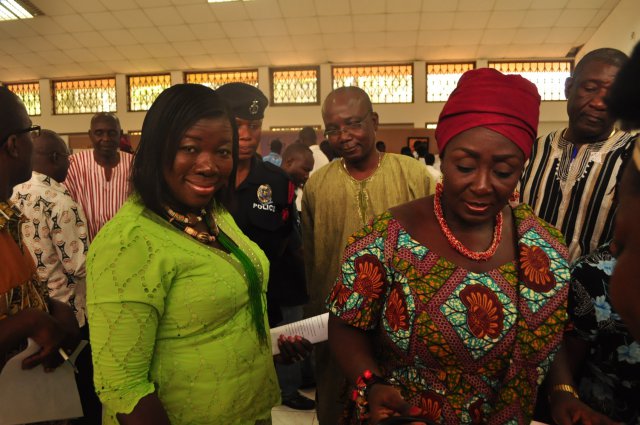 Another GHC1 million will be released next year to ensure that the industry is well revamped to boost the economic fortunes of the country.http://ghanapoliticsonline.com/

This was disclosed by the Minister of Tourism, Culture and Creative Arts, Mrs. Elizabeth Ofosu Agyare, during an interaction with stakeholders in the industry in Cape Coast on Monday.

According to her, the initiative was a government of Ghana and Japan International Cooperation Agency (JICA) collaboration to help address some of the pressing needs and difficulties facing the industry.

She noted that government’s attention was on creative arts this year because of the fact that the industry creates a lot of job opportunities for people in the country.http://ghanapoliticsonline.com/

“This is why for the first time in this country, the ruling government has set up a ministry for this industry considering the direct employment the industry offers for people,” she pointed out.

Mrs. Ofosu Agyare added that government will also assist in training about 3,000 people in the industry this year with 300 people benefitting from the Central region.

The minister indicated that a board has been set up to ensure the even distribution of the investment to all regions to ensure that each region benefits from it to build up their individual industries at the local level.

Touching on the legal rights and protection for members in the industry, she explained that a film bill has been gazetted to Parliament, adding that soon Ghana will have a film act to enable the country benefit from all the years of good movies and other creative arts we produce.

She added that lawyers have completed the framework of a new creative arts bill which will be made ready soon with a sensitisation tour to educate people in the industry throughout the country.

“A creative arts secretariat is also in the offing to facilitate the activities of stakeholders in the industry,” she added.