The government, in collaboration with the Ghana National Association of Teachers (GNAT), has completed 90 per cent of the validation exercise for teachers.

Another set of 21,267 documents are, however, facing query.

The acting National President of GNAT, Ms Phillippa Larsen, made these known when she addressed the fifth quadrennial delegates’ conference of the North and Central Tongu branches of GNAT at Mafi Adidome in the Volta Region last Wednesday.

She said the validation exercise was still going on as the government had also promised to pay all outstanding salaries due teachers with immediate effect.

She assured teachers that the outstanding amount was in Temporary Pension Fund Account (TPFA) at the Bank of Ghana, adding that GNAT officials would soon go round the country to register members onto the scheme.

Speaking on the theme for the conference, “Transforming Society through Education: The Role of Stakeholders in Central and North Tongu Towards Agenda 2030,” Ms Larsen said there was the need for adaptation to conform to the dynamics of the fast-changing world, adding that teachers were the pivot around which transformation and development revolved.

The Member of Parliament (MP) for Central Tongu, Mr Alex Gabby Hottordze, urged teachers to work hard to restore the enviable respect and honour accorded them previously in society.

He said teachers should feel proud of themselves and the profession and appealed to those in “galamsey” areas to be dispassionate enough to contain the plight of pupils who might be affected by the menace.

The Volta Regional Chairman of GNAT, Mr Godwin Sadzi, expressed regret that work ethics were dying in the country and advised teachers against falling into the syndrome by adopting good time management and also delivering on their schedules diligently in order to attract the respect of the society. 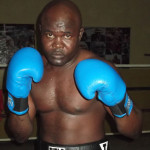