The government of Ghana has formed a special committee made up of eminent individuals with knowledge in economics, finance, imports and exports, trade and investment to investigate why Ghana’s currency the Cedi has been falling year on year, MyNewsGH.com has filed.

The committee known as the FX Development Committee was formed after an order from President Akufo-Addo to Finance Minister Ken Ofori Atta to streamline, formulate policies and build structures that find the roots of the cedi’s depreciation not just in the present government but structurally over the years as part of measures to stabilize the cedi for good.

Ken Ofori Atta last year announced he will form the FX Development Committee during budget reading: “Mr Speaker, the President has directed that I investigate the structural causes for the depreciation of the cedi and to propose measures to address the situation. The Governor and I will put a bipartisan committee together to proceed immediately.”

This committee, which includes Franklin Cudjoe of IMANI, Yoofi Grant of GIPC among others, comes at a time the Ghana cedi is headed for its 25th straight year of depreciation against the dollar as the government’s fiscal challenges erode investor confidence in the currency of the world’s second-biggest cocoa producer, according to Bloomberg.

The committee is made up of a representative each from the Finance Ministry, Agric Ministry, Bank of Ghana, Ghana Union of Traders Association (GUTA) and IMANI Africa among others.

Deputy Finance Minister, Charles Adu-Boahen who was present at the inauguration of the committee said:

“As has empirically been established, the seasonal fall of the cedi can be explained by external headwinds and cyclical domestic demand for forex by corporates and individuals for trade settlements in recent times, increasing demands by the energy sector actors as well. Giving the debilitating impact of the cedi’s depreciation, the government had established a foreign exchange development committee to address this challenge”.

Also present was Head of Payment Systems at the Bank of Ghana, Dr Settor Amediku who spoke about moves by the Central Bank to automate payment systems to stabilize the cedi.

“We have initiated actions like the Pan Africa Payment and Settlement System to ensure and efficient settlement systems,” he stated. 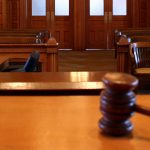 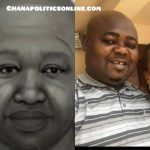