“Under the laws of Ghana it is only the Attorney General who can initiate any action in court but when you have an AG who is also the minister of justice, who is also a key government official and a key member of the party why do you expect him to take action against his colleagues”.

The former lawmaker said the development only gives public officials the incentive to continue to flout financial regulations.

Speaking on Morning Starr with host Nii Arday Clegg Thursday, Mr. Dapaah added that this coupled with the abuse of government budget targets has plunged the country into the current economic crisis.

“There are so many soul sourcing in the system, yes the law allows sole sourcing, but people are abusing it, but the financial administration and regulation are not being respected, and everybody knows this in Ghana.

“Whether we are going to get the best out of the budget or not depends on how government is able to control these areas… and again government is spending so much money outside the budget and what is the use of a budget if during the year you cannot monitor and make important decisions,” Mr. Dapaah said on Starr 103.5FM

The Chartered Accountant was part of experts for a forum on how Ghana can prudently allocate petroleum revenue to fund developmental projects.

The forum put together by the Natural Resource Governance Institute and the Institute for Fiscal Studies will also focus on the 2016 Budget. 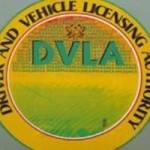