Former Attorney General and anti-graft campaigner, Martin Amidu, says the president’s fight against corruption is likely to be undermined by the form and structure the bill on the Special Prosecutor has been presented to parliament.

The house is currently deliberating on the matter and the minority has publicly stated they will oppose the bill, if the right things are not done as required by the tabling of bill before parliament.

In a detailed letter released today, Mr. Amidu made it clear aspects of the bill do not give indication of the government’s seriousness to fight corruption. He said he was “ shocked particularly by Clause 3 sub-clause 4 of the Bill which makes the whole Office of the Special Prosecutor Bill, 2017 a waste of public resources and everybody’s time. Clause 3(4) undermines the President’s exemplary rhetoric since his assumption of office to relentlessly fight against all forms of corruption.

Below is the letter:

THE FUNCTIONS OF THE OFFICE – CLAUSE 3 OF THE BILL

The original draft Bill submitted for discussions at the Stakeholders’ Meeting of 27-28th June 2017 did not include the new Clause 3 (3) and (4). Sub-clause (3) that was added to the Bill before Parliament is with respect unnecessary, it will be a waste of public funds during the gestation period particularly and it is too populist to be enshrined in the law.

Clause 3(4) which was also not part of the original draft of the Bill, negates the whole promise that the President made during his campaign and after his assumption of office to fight corruption, if as it states the Special Prosecutor is not to investigate and prosecute corruption offences relating to the Public Procurement Act, 2003 and the Criminal Offences Act, 1960 “….specified under paragraphs (a), (b) and (c) of subsection (1) unless the commission of the offence is in respect of a vast quantity of assets that (a) constitute a substantial proportion of the resources of the country; (b) threaten the political stability of the country; or (c) threaten the sustainable development of the country.”

First and foremost, sub-clause 4 of Clause 3 of the Bill before Parliament lays down vague and ambiguous exceptions for the purposes of determining which corruption offences will meet those standards for investigations to begin with in the first place.

Secondly, the vagueness and ambiguity of the exceptions made, provide an argument to be overcome by the Special Prosecutor when the objection is raised in Court that his decision to prosecute a corruption offence does not meet the threshold standard stipulated in the Bill.

Thirdly, the attempt to distinguish the types of corruption offences that may be investigated and prosecuted by the Special Prosecutor sends the clear message to Ghanaians that the President and his Government now accept certain types of corruption offences as not serious for prosecution, or at least to be prosecuted by the Special Prosecutor.

Fourth, the question may be asked, who will be responsible for investigating and prosecuting categories of corruption offences by the same public officers and politically exposed persons not meeting the standards in Clause 3(4). Or are they then immune from prosecution for such corruption offences?

The President has been clear throughout his campaign and on assumption of office that the canker of corruption must be fought and uprooted through a Special Public Prosecutor. He has said time without number that crime is crime and therefore corruption is corruption.

So how come the Bill that was submitted to the Stakeholders’ Meeting on 27-28th June 2017 did not contain this exception, but the exception found its way into the Bill after it apparently returned from the Cabinet to Parliament? The Stakeholders’ Meeting of anti-corruption organizations and civil society, I am reliably informed, did not insert sub-clauses 3 and 4 of Clause 3 now appearing in the Bill before Parliament.

The original draft Bill, after taking into account the suggestions of the stakeholders was approved by the Cabinet. Was it therefore the Cabinet who sought to nullify the fight against corruption by inserting this negation of the purpose of the Bill? Whosoever inserted sub-clause 4 of Clause 3 thought they were being ingenuous as we the foolish people of Ghana will not notice that the definition of “corruption and corruption related offence” ceded to the Special Prosecutor in the interpretation at Clause 77 of the Bill includes all corruption offences without exception or degree of seriousness.

It follows that the Cabinet or whosoever inserted the sub-clause is legalizing an undefined species of corruption as not being serious corruption – namely constituting a substantial portion of national resources, threatening the stability of the country, or threatening the sustainable development of the country – to warrant prosecution ever or at all. We are doing no honour to our obligations as a nation under the United Nations Convention against Corruption (UNCAC) and the African Union Convention on Prevention and Combating Corruption (AUC).

The serious reader will notice from the Bill before Parliament that the consequential amendments in Clause 78 (1) also remove the offence of corruption from the jurisdiction of the Economic and Organised Crime Office when it states that: “The Economic and Organised Crime Office Act, 2010 (Act 804) is amended in section 74 by the deletion the words “corruption and bribery” in paragraph (a) of the definition of serious offence.”

Who then will investigate the species of corruption the Government has removed from the Special Prosecutor’s functions by the insertion in Clause 3(4) of the Bill before Parliament? This whole exception is a negation of the President’s fight against all forms of corruption in the body politic by using public office holders and politically exposed persons as an example. Will somebody call the President’s attention to read Clause 3 of the Bill before Parliament and confirm whether he endorsed the exception in sub-clause 4 for submission to Parliament?

The retention of sub-clause 4 of Clause 3 of the Bill makes it unnecessary to enact any Office of the Special Prosecutor Bill into law.

I have no doubt that the insertion of Clause 3(4) that negates the whole Bill before Parliament was done to enable those proponents to harvest their shameless perceived share of the proceeds of corruption that dishonest appointees criminally exploit in public office.

These may be men and women who might have wormed their way into public office by deceiving the President about their credentials of integrity and honour to render loyal service to him and the Republic of Ghana. The insertion of Clause 3(4) in the Bill should therefore be a wake-up call for the President to watch his incorruptible appointees, because as the saying goes, it is not all that glitters which is gold.

I am of the strong conviction that the attempt to pull a fast one on Ghanaians by the insertion of Clause 3(4) into the Bill to negate the fight against corruption is the work of a strong and powerful cabal within the government because they even succeeded in ensuring that the memorandum to the Bill was silent on this important insertion so that it will not catch the eye of the casual Ghanaian reading public. 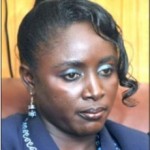