Public sector teachers across the country have expressed their anger at the John Mahama-led administration for acting in a manner which they say amounts to public deception.

This, they say, demoralizes them and does not bring about peaceful co-existence between government and labour.

The government, at the last quarter of 2015, after a series of meetings of the National Tripartite Committee (NTC) comprising government, employers’ association, organized labour and the Fair Wages and Salaries Commission (FWSC) announced a 10 percent pay rise for public sector workers across the country.

The increment, according to Employment and Labour Relations Minister, Haruna Iddrisu was to take effect from January 2016.

The Ghanaian government, as part of measures to clean the payroll of ‘ghost names’ introduced a scheme to validate personnel by the various heads of departments to ensure those whose names appeared on their vouchers were indeed at post.

Per the validation, public sector workers are able to know whether they will be paid at the end of the month or not and by how much.

Deep throat sources within the various teacher unions across the country told NewsGhana.com.gh they were very much expectant of the increment for the New Year and so kept an eagle eye on the validation forms that were sent to the various heads of departments within the public service in January this year.

The figures, according to the teachers saw an upward adjustment in their salaries and by so were expecting the same figures at the end of the month.

However, the teachers became alarmed when they started receiving text messages from the Controller and Accountant General’s Department (CAGD) indicating their salaries for the month of January.

The teachers say the figures they obtained from the CAGD and what was quoted in the validation forms were completely two different figures as the ones from the former were far lower than that of the latter.

Validation forms for the month of January 2016 on some institutions across the country and some text messages from the CAGD intercepted by NewsGhana.com.gh confirm the claim made by the teachers.

For instance, a professional teacher of Principal Superintendent (PS) status with the Ghana Education Service (GES) according to the figure quoted in the validation forms was to be paid 1,850.96 Ghana cedis but received a text message from the CAGD indicating an amount of 1,767.57 Ghana cedis as the salary for January 2016.

Similarly, NewsGhana.com.gh has information on the salaries quoted in the validation forms and some text messages from the CAGD for the various ranks within the GES and will keep the general public posted as and when it becomes necessary.

Some public sector teachers who spoke to this reporter on condition of anonymity could not fathom why the government cannot keep good faith with its employees but will allow itself to be criticized in certain situations that could have been avoided.

To this end, some have threatened a court action against their employer to explain why it would engage in such action that amounts to public deceit.

It would be recalled that organized labour on Wednesday January 20 organized a nationwide demonstration to protest the hikes in utility and fuel prices.

Many say the action by labour may have compelled the government to put out those figures and when it realized workers had softened their stance went back to withdraw those figures subsequently.

Attempts by NewsGhana.com.gh to get an official response from the Finance Ministry and the CAGD proved futile. 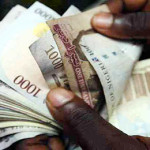