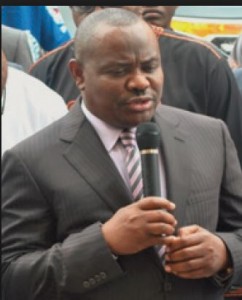 Justice Adama Iye Iyayi-Lamikanra, Acting Chief Judge of Rivers State is primarily an indigene of Etsako West Local Government Area of Edo State while her late husband hailed from Rivers State and the present husband, a Yoruba. Governor Wike insisted that the rule of law and respect for the laid down succession be followed in the appointment. This is the first to be happening in the country.

Speaking during the swearing-in, of governor reaffirmed his administration’s commitment to continue to accord women their rightful positions in government, no matter the circumstances.

The governor said that women will continue to enjoy more than 35 percent of appointments in his administration; noting that women occupy about 70 percent in different positions.

He said : “Nobody should talk about twenty five percent or thirty percent, the women appointed since my administration came into power, has covered up to 70 percent”.