Senior Minister designate, Yaw Osafo-Maafo, has revealed that the country will continue to borrow funds from external sources, despite the country’s unflattering debt profile.

Speaking during his vetting by the appointments committee of parliament on Friday, Osafo-Maafo said the government would continue to borrow in order to meet its goals.

However he stressed the borrowing would be smarter.

He said Ghana would seek loans to refinance other loans in order to create fiscal space in the economy.

Osafo-Maafo said the conditions under which the country borrowed would be reviewed and made more favourable to the country.

“We will be borrowing more, certainly, but under different arrangement… Our negotiations will go in different directions, and will include borrowing and refinancing on better terms,” he said.

Despite Ghana’s debt trouble, Osafo Maafo went on to describe the country’s economy as very strong.

He said the Ghanaian economy had several sources of revenue that could support the country’s development effort.

The senior minister-designate expressed optimism that the economy would support the implementation of the plans in its manifesto. 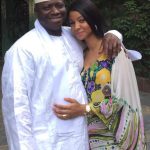