The Government of Ghana has resisted the temptation to spend beyond its budget for this election year, President John Dramani Mahama has said.

Speaking at the Holy Ghost Temple of the International Central Gospel Church at Adentan in Accra over on Sunday, said: “Happily we are in an election year and we haven’t overspent even though there is pressure from everywhere.”

He added: “One of the major challenges we have been dealing with is how to stabilise the economy even through an election year by keeping down expenditure and increasing revenue.

“If your expenditure is high and your revenue is low, then you will have a deficit which will keep growing until the country becomes so indebted that nobody will be prepared to lend you any money and your currency will depreciate.”

Mr Mahama further said government had taken measures to ensure its expenditure increased only slightly, while revenue is increased through taxes. 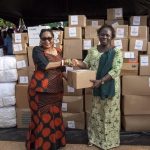