Community Information Centers for districts across the country to bridge the digital divide between urban and rural areas and bring Information and Communication Technology (ICT) services to under-served communities.

The Centers, which have been furnished with computers and accessories, are to enhance research activities of pupils and students as well as business delivery as part of the government’s agenda to promote a digital economy in the country.

Dr Edward Omane Boamah, Minister for Communications, who inaugurated two of such centers at Nalerigu and Gambaga in the East Mamprusi District of the Northern Region on Friday, said the construction of the centers coupled with other ongoing projects especially in the roads sector was a manifestation of the development agenda embarked upon by the government.

Dr Omane Boamah said the 21 Enhanced Community Information Centers were constructed within the last year, adding, the facility would be constructed in all districts across the country.

Some of the districts where the Enhanced Community Information Centers have already been constructed were Pusiga, Sissala East and Sagnarigu.

Dr Omane Boamah said the facility would help to reduce travelling time spent by businesses to access such facilities in other towns and thereby improve their performance.

He cautioned against the abuse of the facility asking students to apply it judiciously to enhance their studies.

He thanked the Overlord of the Mamprugu Traditional Area and his elders for their continued support for the government, assuring them that the government would not neglect them in the sharing of the national cake.

Alhaji Mohammed-Muniru Limuna, Northern Regional Minister, underscored the importance of ICT in education delivery and urged students and teachers to make good use of the facility to improve education in the district.

Alhaji Limuna said the government was committed to the development of the people hence the initiation and implementation of numerous development of projects across the country.

Mr Imoro Adam, District Chief Executive for East Mamprusi, said the facility would enable the youth to acquire ICT skills to enable them to become effective and competitive in the global economy.

Nayiri Naa Bohagu Mahami Sheriga, Overlord of Mamprugu Traditional Area, whose speech was read on his behalf, emphasized the need for all to use the facility wisely, saying, it would help better the lives of the people.

Meanwhile, Dr Omane Boamah also visited the Gambaga Witches’ Camp to witness the conditions under which the alleged witches lived. 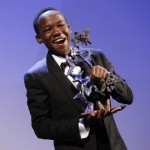