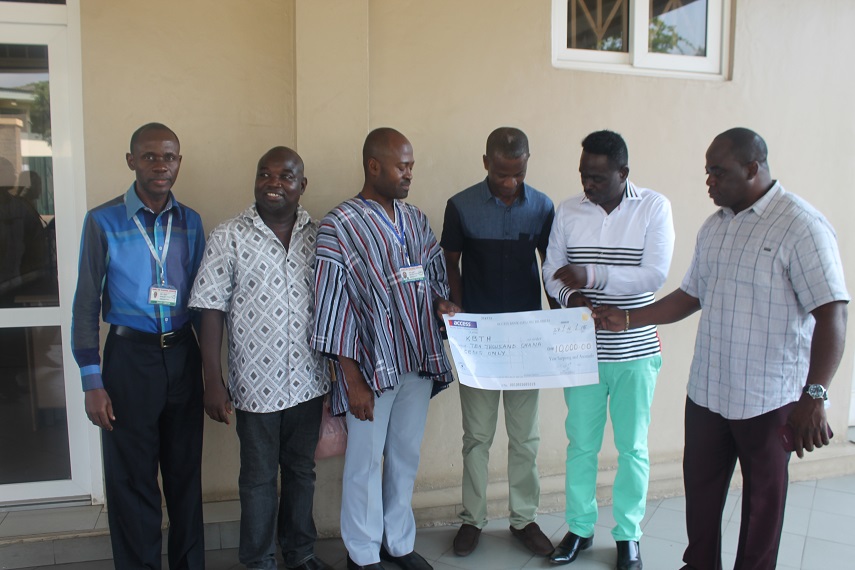 Ace gospel group, Yaw Sarpong and Asomafo on Friday, November 27 donated some items to patients at The Korle-Bu Teaching Hospital. The group led by Yaw Sarpong together with management presented the goods after they hosted a concert at the premier health care facility in Ghana to generate funds for the sick few months ago.

Items Yaw Sarpong and Asomafo donated included Gh10,000 cash, bags of rice, boxes of tin tomatoes, gallons of oil, cartons of milo, cartons of milk and many others.

The PRO of the Hospital, Mustapha Salifu who accepted the goods on behalf of the Korle-Bu thanked the group for fulfilling their promise when they hosted the concert at the hospital in September this year. Mr. Salifu said the money will be the initial capital for a new fund the hospital has created to repair its machines. He continued that the food items will be sent to the kitchen of the hospital for patients to benefit from them. He then called on cooperate bodies to also come to their aid.

Yaw Sarpong added that another concert will be held in December for inmates at Nsawam prison. Check out photos  from Yaw Sarpong and Asomafo donating to Korle-Bu Teaching Hospital.