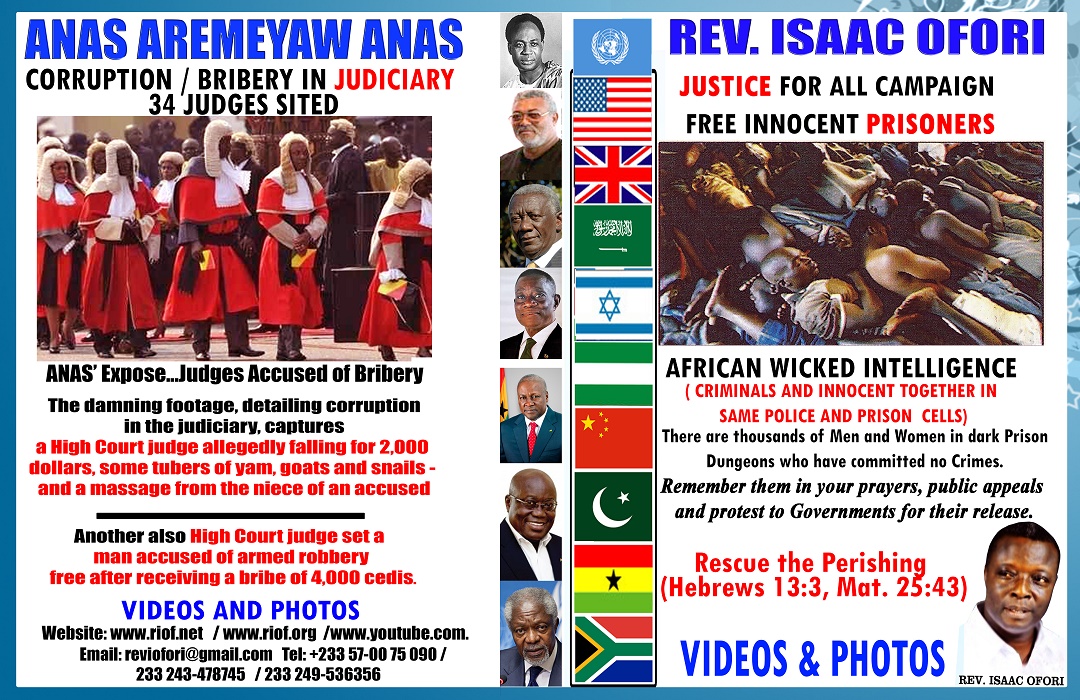 The fight against bribery and corruption in the Ghanaian judiciary has been advocated by a lot of opinion leaders for a very long time and one of the people we can never forget is the Rev. Minister Isaac Ofori of Christian IPS who also doubles as a popular gospel musician..

Rev. Isaac Ofori, is a Civil Engineer, Private Pilot in the United States of America, Coordinator of Free Innocent Prisoners Justice For All Campaign, and Proprietor and Director of Christian IPS Schools. This man has been a blessing to many Prisoners who have been saved for some time now.

Today, this reporter can say without fear or favour that the man of God, the philanthropist Rev Isaac Ofori has been vindicated out of the campaign he embarked on throughout his life time. It is on record that, he has been attacked, vilified, criticised and insulted by a lot of people for embarking on this campaign against corrupt judges who are doing a lot of evil against their code of ethics. They rather saw his campaign as that which is rather tarnishing the images and reputation of the judges, in that, there is a believe that judges must be respected and treated with contempt since they are the last people the society resort to when there is disagreement. Meanwhile, Ghanaians forgot that, Rev. Isaac Ofori was not just attacking the judges but except those who take bribes and bring disgrace to the seat they occupy. According to the Rev Minister, he’s actions was not to destroy the very people we will all resort to when there is something above our understanding as far as the rules and regulations of governing this country is concern but to rather strengthen them and expose those of them, who stands to create disaffection between them and the society.

He had this conviction to organize a campaign to free some innocent prisoners who out of nothing have found themselves languishing in prisons for years without trial out of his own encounter with some court issues involving himself and his school and family issues. Rev. Isaac Ofori is known to be one man who has clean heart and wishes well for everybody. In all his endeavour, he has avail himself for God to use him to turn the lives of the poor and the needy. The Christian IPS Schools he is running has been used to enrol a lot of underprivileged children and offered Scholarships to many.

Rev. Isaac Ofori believes that, strong institution, the truth, hard work, peace, unity and love for another are the key qualities the Nation needs to progress. He does not believe in cheating a brother or a sister to survive.

Therefore, the US-trained pilot and international evangelist, Rev Isaac Ofori, has appealed to the police and the judiciary to discharge their duties with the fear of God, following reports that innocent people are languishing in various prisons for no crime committed out of some judges who have been exposed or caught on tape taking bribes and releasing armed robbers by taking money and tubers of yam and goats. ‘’In fact, I commend Anas Arimeyaw Anas the C.E.O of Tiger eye for vindicating my call for the campaign for Free Innocent Prisoners. I entreat the Government to take this serious and make sure that justice will be done to anyone irrespective of the person’s status in the society. As a Rev. Minister, I can confidently say that, putting innocent souls in prisons is something God hates. That can alone bring the wrath of God upon this country and we are all going to suffer the consequences in one way or the other. I am not going to stop fighting for these innocent people. I will fight and fight till justice is extended to those people. I also entreat all politicians, cooperate Ghana, business men and all well-meaning Ghanaians to come on board so as to fight for these innocent souls. God bless us all’’ Rev Isaac Ofori expressed.

If you want to watch the details of what Rev Isaac Ofori has done in terms of this project, search and Anas and Rev Isaac Ofori on his YouTube channel or email him through reviofori@gmail.com 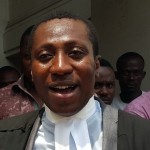