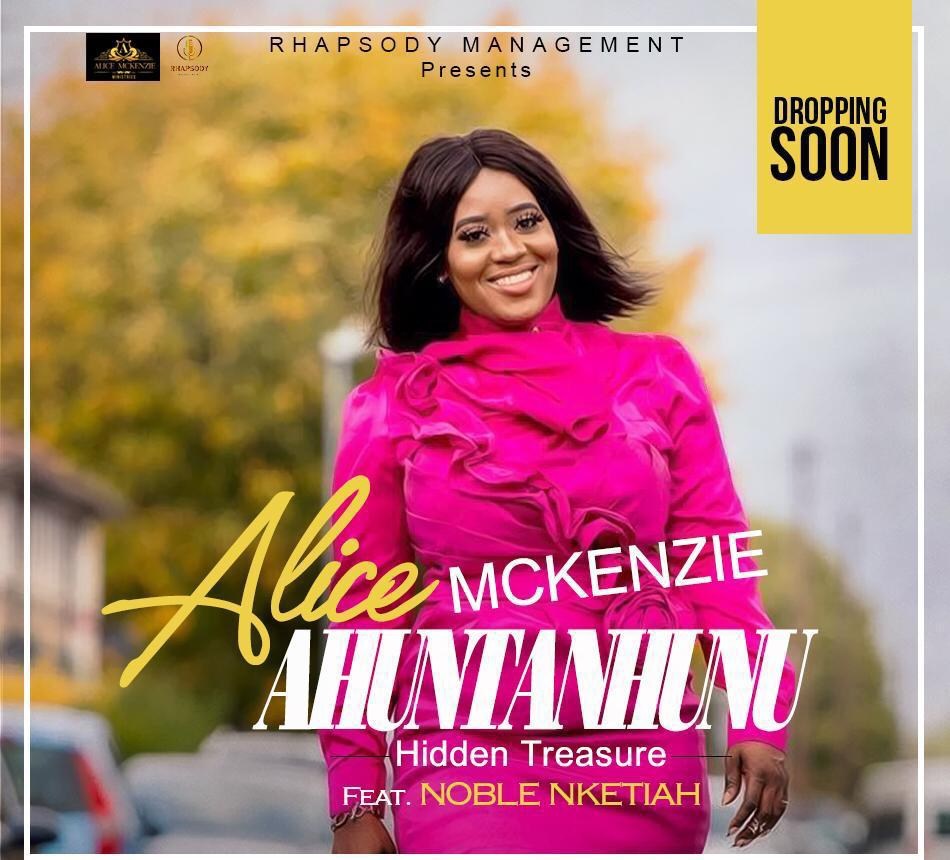 UK based Ghanaian gospel musician Alice Mckenzie has featured award-winning musicians Morris D’Voice formerly known as Morris Babyface and Noble Nketia on her yet to be released single titled “Ahuntahunu”.

“Ahuntahunu” which is one of the songs on her album will officially be released onto the market on the 1st December, 2018.

According to Alice Mckenzie who has released the poster of the song, they chose the title Ahuntanhunu which means “Hidden Treasure” as explained in Matthew 13:44.

Speaking in an interview with Attractivemustapha.com, She said that she has found herself a hidden treasure in whom possibilities abound, and since she cannot pay for salvation by selling her worldly possessions she is giving up everything to serve the Lord.

Songs on the album include Ahuntanhunu, Saviour and a worship song well packaged for Christians and music lovers.

Alice McKenzie was nominated in the just ended Ghana Music Awards UK as the “UK Based New Gospel Artiste of The Year” category.

Morris D’Voice since he was captured by the Holy Spirit and became born again has not done much collaborations but the new song promises to be a hit based on the efforts that have been put in its making.

If I wanted the judges dead I would have done that in 1979, not 1982 – Rawlings
Rhoda Wilson Premieres “The Christmas Gift” On 24th November In London (Video)
To Top