He left Accra to London on January 19, 2018, on the advice of his physician after being announced sick.

At exactly, 08:04 hours, President Akufo-Addo, accompanied by his wife Rebecca Akufo-Addo drove onto the tarmac at the Kotoka International Airport to receive Dr Bawumia who arrived on board British Airways airline.

After announcing his return to work in a Facebook post Friday aimed at expressing his “sincere gratitude” to Ghanaians for their prayers and support while away on medical leave, Dr. Bawumia joined the National Chief Imam Sheikh Nuhu Sharubutu to observe the Friday prayers at the Central Mosque at Abbosey-Okai.

Addressing the congregation after the prayers, he said: “Honestly, you have heard that I fell sick. But by the grace of Allah I’m now well. As a result, I said we need to thank Allah for the mercies than me because he is the healer thus when Allah gives you good health you must thank him. That was why I was here to pray with the congregation and thank him [Allah] accordingly for the mercies bestowed on me.”

Observing that the recent ill-health he suffered, was a test from Allah, the former Deputy Governor of the Bank of Ghana stated “that was when you will know that good health is better than riches.”

He continued, “I’m so grateful to Ghanaians from all walks of life, and religion for the prayers that they have done on my behalf when I took a medical leave. I’m so thankful and grateful for their prayers and I’m happy that I have come back Insha Allah [God willing] ready to continue work.”

“When you go around, you take your health for granted but it is when you don’t feel well that you would appreciate what God has actually given you,” he added. 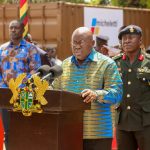 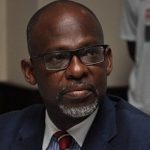