The acting General Secretary of the New Patriotic Party, Mr. John Boadu has served notice that polling station executives of the party who go to court over any electoral grievance(s) will be sacked.

Mr. Boadu who gave the warning on Okay FM said the party would not condone such practices since they would only end up bringing the name of the party into disrepute, an act he said will not augur well for party bonding.

“Polling station executives should desist from taking the party to court because their plans won’t work. We would be forced to sack them from the party if they refuse to rescind their decisions [to go to couirt]” he said.

Mr. Boadu’s warning comes in the wake of media reports suggesting that some aspirants are planning to take legal action against the party for what they describe as unfair treatment by the party’s leadership.

The ruling New Patriotic Party (NPP) will, from January 17, 2018, hold its primaries to elect polling station executives who will in turn elect officers to manage the various constituencies across the country.

According to Mr Boadu, the primaries would take place 17 days after the compilation of a new party electoral register of members at polling stations and constituency levels throughout the country.

He further allayed the fears of aspirants who may have genuine concerns, saying their cases would be addressed only if they are justifiable per the party’s contitution.

He further urged them to use the right channels to resolve their grievances. 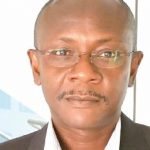