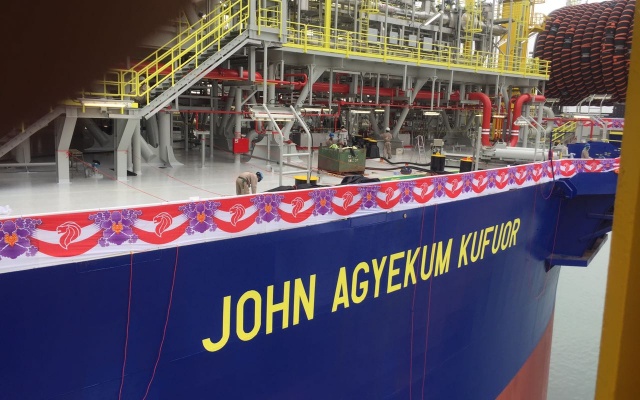 Out of the eight people representing GNPC at the FPSO naming ceremony, only one (1) person that actually worked on the eniGhana operated Sankofa Gye Nyame project over the last 8 years was included in the delegation from GNPC to go witness the naming of the FPSO JA Kuffuor in Singapore tomorrow Feb 3rd;

Noticeably absent was the Deputy CEO responsible for all Exploration and Production, Thomas Manu, and the Development and Production Project Manager, Victor Sunu-Atta, who were taken off the original first list that was signed by the CEO on January 20th, 2017.

A new list was sent to eniGhana on January 23rd, 2017, signed by Director of Finance, Comfort Aniagyei (“Made in Ghana” stakeholder, also the NPP rep at GNPC and a known informant on GNPC issue to media especially Oman FM ) while the CEO was still in place;

Instead the personal assistant of the same Director of Finance, Comfort Aniagyei (the most senior NPP operative in GNPC) and a driver were in the delegation which was filled mainly with NPP politicians, MPs and appointees;

The Director of Finance, who reports to Deputy CEO responsible for Commercial & Corporate Services, Kwame Ntow Amoah, apparently after receiving instructions from Office of the President, did not follow Governance procedure by consulting with her seniors – the two Deputies CEOs – but went on to issue and sign a letter to eniGhana who were baffled at the names on the list; it is reported that eniGhana even questioned the caliber of people attending this August ceremony and refused to give accreditation nor pay for the trip;

News from the grapevine is that NPP intends doing a restructuring at GNPC to demote or expunge Kwame Ntow-Amoah and possibly Thomas Manu so as to promote Comfort Aniagyei; it must be recalled that NPP did a similar restructuring and laid off hundreds of staff of GNPC 2002-2005 and recruited to fill most of those positions later. 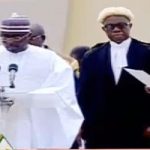