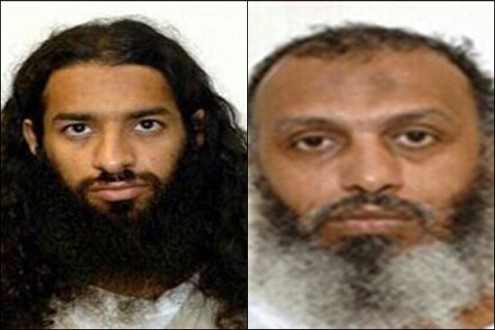 The two year stay period for the two ex-Guantanamo Bay detainees in Ghana has expired.

Ms Shirley Ayorkor Botchwey, Minister of Foreign Affairs and Regional Integration in August 2017, said the Ministry and other stakeholders were already working on an exit plan for the two detainees before their stay expiry date of January 6, 2018.

She stressed that there will be “no further obligation” to keep the two “unless the two governments agree otherwise and in accordance with due process”.

“Considering the fact that no findings have linked the detainee to any terror group, and the importance of the Agreement to the strengthening of the bond between… Ghana and the government of the United States… the Committee wishes to recommend to the House to adopt its report and ratify the agreement… on the Resettlement in Ghana of two (2) former Guantanamo Bay detainees,” the Foreign Affairs Committee Report said.

With their stay expiring, it’s immediately unclear what the next line of action of government will be regarding the two ex detainees.

Parliament on Tuesday August 1, 2017 ratified an agreement to allow the two ex-Guantanamo Bay detainees to stay in Ghana, following a Supreme Court order.

The Court ruled that their stay in Ghana is unconstitutional without Parliamentary approval.

A report presented to Parliament by the Foreign Affairs Committee said the two: Mahmud Umar Muhammad Bin Atef and Khalid Muhammad Salih Al-Dhuby, should be allowed to stay in the country because they posed no threat.

The two who are nationals of Yemen are among 17 detainees transferred from the Guantanamo Bay prison camp in Cuba by the United States.

Ghanaians were outraged over the decision of the erstwhile John Mahama administration to accommodate the two in the country as many feared their stay would undermine Ghana’s internal security and expose the country to attacks from religious extremists.

A Supreme Court panel presided over by Chief Justice Sophia Akuffo by a majority decision in June ruled that the stay of the duo in the country was illegal, since they had no prior approval by Parliament.The order followed a suit brought against the Attorney General and Minister of Justice as well as the Minister of the Interior by two Ghanaian citizens—Margaret Bamful and Henry Nana Boakye who’s currently the Deputy Executive Director of the National Service Scheme.

The court ordered that government should within three months subject the agreement to parliamentary consideration and approval.

In default the two Gitmo detainees should be returned.

When the matter came up for discussion, Parliament was informed that the agreement that was reached were note verbale and Memorandum of Understanding. 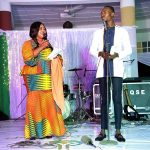