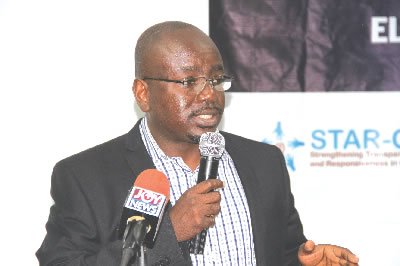 Independent broadcasters say government is seeking to control private media by introducing a criminal libel law through the back-door, packaged in a new Legislative Instrument (LI 2224).

Parts of the LI states “an operator shall not convey or permit to be carried, content on a public electronic communications service or a broadcasting service without obtaining a content authorization from the Commission [National Media Commission]”.

Ghana Independent Broadcasters Association (GIBA) finds the LI vexing and has served notice that it is heading to the Supreme Court to seek an interpretation.

(4) Editors and publishers of newspapers and other institutions of the mass media shall not be subject to control or interference by Government, nor shall they be penalized or harassed for their editorial opinions and views, or the content of their publications.

GIBA says the new Legislative Instrument and the stated portions of the constitution do not “sit together”, hence the move to go to court.

“This law is a back-door criminal libel law”, that is how we see it”

The Criminal Libel and Seditious Laws were repealed in July 2001 six months into the administration of the New Patriotic Party.

The repeal de-criminalizes libel and gives citizens the option to use civil means to check the practice of journalism in Ghana.

The repeal has hailed as having brought to “an end more than a century-old regime of laws repressive of free expression”.

But more than 14 years after the repeal, there are growing concerns of irresponsible reportage and inappropriate content across some media platforms.

The Ghana Journalists Association (GJA) has been pressurizing government to pass a game-changing Broadcasting Law which analysts say will inject professionalism in the media.
But while the law passage has delayed, government has introduced the Legislative Instrument.

GIBA says it raised all these concerns during rounds of consultations with National Media Commission and the Commission promised to serve copies of the final draft of the LI before it is sent to parliament.

“We were hoping that we would see the final document…that did not happen”, he expressed disappointment.

GIBA says it is not against regulation of private media and has welcomed moves to encourage editors and media houses to adopt self-censorship. GIBA also wants to see more local content on media platforms and is worried by the unbriddled introduction of soap operas in Ghana.

“We are not objecting unnecessarily to a regulation that will sanitize the system” Akwasi Agyeman said.

He however displeased that years after a criminal law was repealed, a broadcaster can go to jail because he broadcasts content not permitted by the National Media Commission.