There is suspicion brewing at the National Service Secretariat (NSS), over surprise surge in the number of service personnel on its payroll compared to the years after the GH¢107 million ghost names scandal.

The Herald’s information is that, there is a mysterious 21,000 names that has appeared on the NSS payroll, thus increasing government liability significantly.

The scandal that rocked the NSS led to the arrest and criminal prosecution of several officers, including the then Executive Director, Alhaji Alhassan Mohammed Imoro and 34 others.

Interestingly, the trials of the 35 NSS senior officers, have since stalled, following the inception of the Akufo-Addo government. Most of their lawyers, including Egbert Faibille Junior, have taken up appointments in government.

On the current development, some insiders, who are also calling for a probe into the astronomical numbers, told The Herald that, the highest number of personnel the Service got after the Ghost name scandal was around 45,000 for the 2014/2015 batch, hence the massive increment to 66,000 in the case of the 2016/2017 batch, is inexplicable.

It was further revealed that in the immediate aftermath of the GH¢107 million ghost names scandal, the number of personnel decreased from the 80,000 to 41,000 for the 2013/2014 batch of students, suggesting that the NSS, could not have more than 50,000 personnel per a batch.

The feat was achieved through an elaborate biometric registration procedure of all students by the National Identification Authority (NIA), constant monitoring and regular auditing of the NSS payroll, as well as an E-zwich payment system.

The insiders raised the suspicion, following announcement by acting Executive Director of the NSS, Mustapha Ussif that the September allowances for some 8,000 National Service personnel across the country, have been withheld, however, allowances for 58,000 others, have been paid.

His numbers have left many asking questions as to the source of the huge increment and calling on President Nana Akufo-Addo to probe the number and avoid people having access to free money as happened in the case of Alhaji Alhassan Mohammed Imoro and 34 others.

They are shocked that, the acting Executive Director is announcing 66,000 names on the payroll, saying arrangements made after the discovery of the GH¢107 million ghost names scandal, resulted in the scheme not having more than 45,000 names at a time.

They disclosed that, the new management of the scheme led by Mustapha Ussif, Gifty Afia Oware-Aboagye and Henry Nana Boakye, had tried to reverse the biometric registration of all students by the NIA, the regular auditing of the NSS payroll and the E-zwich payment system, and replace it with the normal bank payment system which brought the fraud.

This paper learnt that, red flags were raised from the Vice-President’s office, as well as the E-zwich, this led to a reversal of the earlier option.

Mustapha Ussif, a former Member of Parliament (MP) for Yagaba/Kubori in the Northern Region, explained in his statement on Saturday that, the suspension of the payment of the September allowances is to allow for investigations into the affected personnel, who are either suspected of impersonation or disqualified from doing national service.

He claimed that, the September allowance for 58,000 other personnel was paid, after a month-long delay due to the process of authentication and validation.

“Service personnel are therefore required to go to designated e-zwich service points to load their cards to access their allowances,” it said, adding “…all national service personnel who have not biometrically registered were not captured for payment of the September, 2017 allowances.

“All such national service personnel are therefore advised to visit the designated centres in Accra, Kumasi, or Tamale without any further delay to complete their biometric registration for their names to be validated for payment of allowances due them,” it advised.

The Secretariat said, the authentication and validation of all national service personnel across the country, was necessary because it has exposed a number of irregularities. In the Ashanti Region, it said 22 people were arrested and put under investigation of whom nine, are currently being prosecuted.

A total of 57 people have also been arrested and are currently under police investigation in Tamale in the Northern Region.

Management of the Scheme has, meanwhile appealed to the general public to assist them by providing information to the security agencies on people who are impersonating for national service.

It is not clear whether the criminal trial of the ex-Executive Director, Alhaji Alhassan Mohammed Imoro; his deputy, Michael Kombor; the Accountant, Nelson Ayeltiga; the acting Internal Auditor, Gloria Aku-Mensah; the Head of Project Planning, Monitoring and Evaluation, Alhassan Iddrisu, and the Director of the National Voluntary Service Scheme, Ebenezer Anim Danquah, will come on anytime soon. 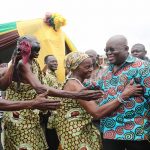