Minority Leader Haruna Iddrisu says an alleged loan secured by McDan Shipping Company Limited from ADB Bank, was awarded as a “thank you package” to the owner of the company, for his contribution to NPP’s 2016 election victory.

Mr. Iddrisu at a press conference on Tuesday morning said documents available to the minority indicate the loan, given at the behest of Finance Minister Ken Ofori-Attah, was done without the approval of a board.

He said a board was needed to oversee the approval of such a loan but the minister, whom he accused of gifting contracts to cronies, did not wait for the board to be formed so it reviews documents covering the loan.

The minister’s action, Mr Iddrisu contends amount to usurping the powers of the board of directors who would have had the chance to take another look at the contractual conditions covering the loan.

Mr Iddrisu, who is the MP for Tamale South, said several boards have not been constituted and that is really worrying, and called on the president to end the practice without delay.

According to him, the president is not in a hurry to form the boards and that has empowered the finance minister to do as he pleases. 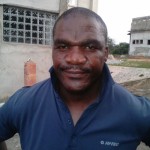