Ghana’s vice president, Dr Mahamadu Bawumia will on Saturday visit Sierra Leone to commiserate with the people of that country following the mudslide that killed about 400 people and displaced many.

Ahead of the visit, the government said it will today, Friday, August 18, 2017 airlift relief items worth $1million to Sierra Leone in support of that country’s recovery process.

A statement signed by the Minister of Information Mustapha Hamid said the items will comprise food, medicines, clothing and logistics.

The disaster happened on Monday morning after the homes of those in Freetown were engulfed following the collapse of a part of the Sugar Loaf Mountain after a heavy downpour.
Several of the victims were asleep when the unfortunate incident occurred.

Addressing the media, president Ernest Bai Koroma said the devastation “was overwhelming us”.
“Entire communities have been wiped out,” he said. “We need urgent support now.” 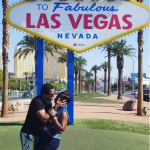