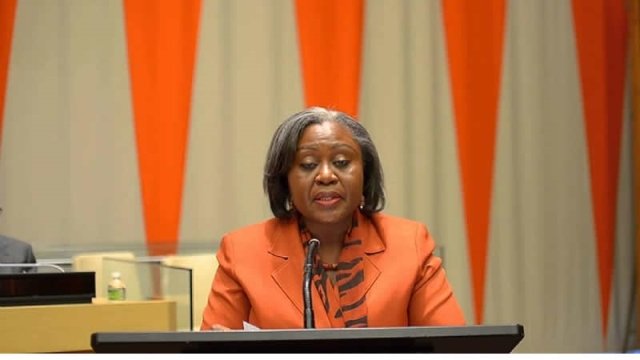 Ghana’s Ambassador and Permanent Representative to the UN, Martha Ama Pobee, says Ghana’s decision to reject the United States’ intention to recognise Jerusalem as the capital of Israel is in keeping with “relevant UN and AU resolutions”.

Ghana was among 129 countries of the UN General Assembly who decisively backed a resolution effectively calling on the US to withdraw its recognition of Jerusalem as the capital of Israel.

The text says that any decisions regarding the status of the city are “null and void” and must be cancelled.

The non-binding resolution was approved by 128 states, with 35 abstaining and nine others voting against.

Israel, which has many economic interests in Ghana, expressed its disappointment through the Embassy in Ghana and called the decision a “mistaken vote”.

According to the Embassy, it “regrets the mistaken vote of Ghana against the State of Israel during the Special United Nation’s (UN) General Assembly sitting on Thursday, 21 December 2017, as the Assembly adopted a resolution regarding Israel’s capital Jerusalem.”

It said it was hopeful that Ghana will not repeat “such mistake” in subsequent motions before the General Assembly.

Many Ghanaians have also wondered what informed Ghana’s decision considering that the United States and its agencies constantly extend financial and other aids to Ghana.

However, in what appears to a response on the matter on Twitter, Ghana’s representative at the UN stated: “Ghana’s vote was informed inter alia, by her long-held position on the conflict and in keeping with relevant UN and AU resolutions. US recognition of Jerusalem undermines prospects of a viable two-state solution and the final status of Jerusalem, to be resolved through negotiations.”

Replying a question on whether the US will sanction Ghana for voting to reject the resolution, Ambassador Pobee replied: “Ghana, like many countries that voted for the resolution, maintains excellent relations with the US. We will continue to engage with the US at the UN as partners in several other areas where we share common interests for our mutual benefit and for global peace and security.”