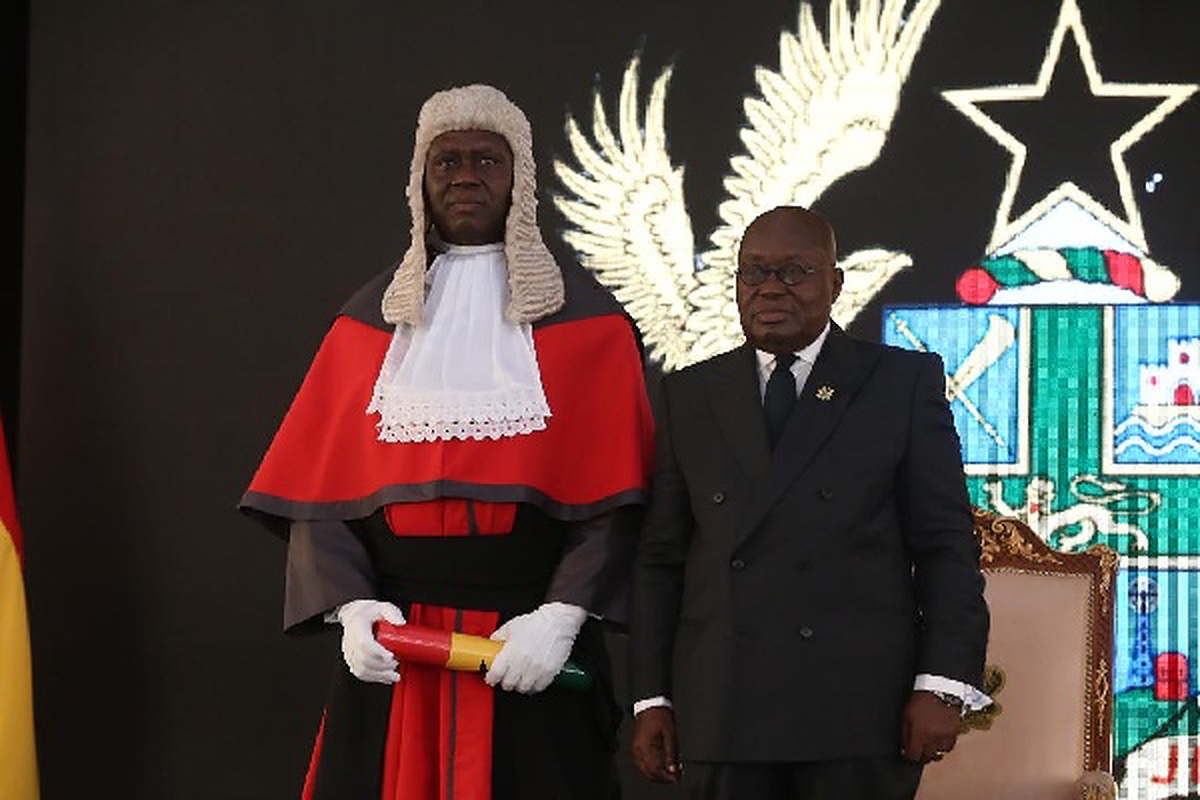 Judges in Ghana are to enforce statutory laws like the Evidence Act, however, the seven Supreme Court justices sitting on the election petition, were on Tuesday captured quoting Black’s Law Dictionary which is about English Common Law and does not refer to statutes in Ghana.

This happened when, the judges once again unanimously ruled out President John Dramani Mahama’s application to reopen the election petition to enable his lawyers subpoena the chairperson of the Electoral Commission (EC), Jean Adukwei Mensa.

The EC boss, a public officer, had refused to speak to the numbers she declared as the votes obtained by the various presidential candidates in the 2020 Presidential election and Supreme Court judges as well as President Akufo-Addo, the beneficiary of the disputed election, had through his lawyers surprisingly argued in support of the EC boss’ decision.

The ruling has sparked controversy over public policy, respect for statutory institutions and constitutional requirements and accountability that are expected from public administrators.

One lawyer The Herald spoke to on the matter explained that, Dictionaries would give broad definitions sometimes relying on cases which may have been decided by foreign courts relying on foreign legislation.

He went on saying “When a local law defines something, you don’t go looking for the same definition from a dictionary. You apply the local law. I think the resort to Black’s Law Dictionary was to avoid applying the local legislation which may not support the position that the court had taken”.

Another lawyer mentioned that the judges should have focused on the Evidence Act 1975 and referred to section 72 and not the black dictionary.

Evidence Act 1975, section 72 on adverse witness in a civil action states that;

(1) Subject to the discretion of the Court, in a civil action a party, or a person whose relationship to a party makes the interest of that person substantially the same as a party, may be called by an adverse party and examined as if on cross-examination at any time during the presentation of evidence by the party calling the witness.

(2) Where the witness is cross-examined by the lawyer of that witness or by a party who is not adverse to the party with whom the witness is related, that examination shall be treated as if it were a re-examination.

Soon after the ruling, Mr Tsikata announced to the court that he was struck by the fact that the Supreme Court judges will rely on the Black Law dictionary and ignore Evidence Act 1975, but there was no comment from the judges.

The legal team of John Dramani Mahama in his ongoing Election Petition, says the Supreme Court’s ruling not to allow him to reopen the case over the thorny matter of getting the Chairperson of the Electoral Commission into the witness box to testify and gets cross-examined through a subpoena application, was wrong.

The decision means that the 2020 victory of President Akufo-Addo, who boasts of writing the NPP 1992 stolen verdict against the late Jerry John Rawlings victory in that year’s election, remains tainted and of dubious validity as the returning officer has refused to speak to her numbers which she several times changed.

According to Dr. Dominic Ayine, one of the spokespersons of Mr Mahama, the petitioner, the apex court used wrong legal premises in ruling on the matter.

Dr. Ayine made this known while interacting with the media after the court hearing on February 16, 2021.

He said, although his team is disappointed with the ruling, they are bound to respect it.

“This morning the Supreme Court gave a ruling in respect of our motion to reopen the petitioner’s case. That motion was filed a few days ago with a view to having the opportunity to reopen our case and have the chairperson of the EC, Mrs Jean Adukwei Mensa testify in our case. We wanted her to come and testify as an adverse witness which is allowed under the rules.”

“It was our strategy to serve a subpoena on her since she has decided not to give a testimony even after filing a witness statement. But the Supreme Court has given a decision in which it basically said she’ll not be compelled to testify. In our view, the court was wrong and the reasons of the court were based on wrong legal premises, but the Supreme Court is the final decision maker when it comes to the law in the country, and we are bound by what it has said.”

The Supreme Court on Tuesday, turned down a request by Mr Mahama, flagbearer of the National Democratic Congress (NDC), to have Jean Mensa, cross-examined through a subpoena application.

Lead counsel for Mahama, Tsatsu Tsikata had earlier described Jean Mensa as a hostile witness for deciding not to testify in the election petition case.

Mr Tsikata, who had earlier closed his client’s case had wanted it reopened after the Supreme Court upheld the decision by the first and second respondents – the EC and President Akufo-Addo – not to call any witness.

He also was seeking a decision from the court to subpoena Jean Mensa in case the application to reopen his client’s case was upheld.

The justices of the Supreme Court explained that Jean Mensa cannot be tagged as a hostile witness because she had not yet mounted the witness box in the ongoing case.

The Supreme Court subsequently rejected Mr Tsikata’s request for the case to be reopened and also to have Jean Mensa put in the witness box.

The justices of the apex court indicated that the petitioner failed to meet the threshold for which leave can be granted for a party to reopen their case to adduce further evidence.

“A witness who has not yet entered the witness box to testify cannot, therefore, be called an adverse or hostile witness under any circumstance. The petitioner has not demonstrated to us in any way that the decision of the respondents not to testify which was upheld by this court in its ruling on February 11, 2021, has occasioned any miscarriage of justice,” Chief Kwasi Anin-Yeboah read on behalf of the seven-member Supreme Court panel on Tuesday, February 16, 2021.

Meanwhile, Mr Tsikata, says his team filed for a review of the court’s ruling that upheld the decision of the EC Chairperson not to testify in court.

The petitioner, has also served notice of filing for a stay of proceedings.

The Supreme Court had earlier ordered the lawyers in the case to file their closing addresses by Wednesday, February 17, 2021.