Ghana’s total public debt rose to 94.5 billion cedis ($23.7 billion) by end-June, equivalent to 71 percent of gross domestic product (GDP), up sharply from 67 percent the previous month due to currency depreciation, the central bank said on Friday. Ghana signed a three-year aid deal with the International Monetary Fund in April in a bid to stem a slide in the cedi currency, curb inflation, and tackle its growing debt. The government has launched a debt restructuring strategy which focuses on the issuance of more long-term securities, mostly of five- and seven-year maturities. It plans to issue a fourth Eurobond of up to $1.5 billion this month to fund spending and refinance part of the debt. External borrowing amounted to 58.6 billion cedis, representing 44 percent of GDP at the end of June, the bank said in a data on its website. In addition to low commodities prices, expectations of a rate rise by the U.S. Federal Reserve have kept the dollar strong and added to pressure on emerging currencies like Ghana’s cedi. The currency has weakened 13.8 percent since January, according to the central bank. Gross foreign assets dipped to 2.8 months of import-cover at the end of July, from 2.9 months at the end of June. The Bank of Ghana’s Monetary Policy Committee is set to announce a rate decision on Monday and analysts expect bank to keep the rate steady at 24 percent in a continued support for the cedi ahead of the U.S. rate decision next week, a Reuters poll showed on Thursday. The rate rose to 24 percent from 22 percent after the bank merged the policy rate with its reverse repo rate last in July. Source: Reuters 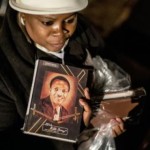