The Christian Council of Ghana wants Ghanaians to make national unity paramount even as the country goes to the polls in 11 months’ time.

“Ghana is older than the NPP and NDC”, General Secretary of the Christian Council of Ghana, Rev. Dr. Kwabena Opuni-Frimpong said of the two main political parties in the country.

The 2016 general election is expected to be one of the keenest in recent history.

A victory for the ruling NDC will confine the NPP to 12 years in opposition, the longest time the party has been out of government since it was formed in 1991.

A victory for the NPP will limit President John Mahama to one-term presidency – a historic first since the Fourth Republic began in 1992.

Rev. Opuni-Frimpong expressed apprehensions about the potential for aggressive behaviour as the political season kicks off.

“We should be one…I am so worried when I see so much apparent division” he said.

The Christian Council is seen as a key player in Ghana’s peace industry during elections. The religious organisation is credited with helping maintain the peace before, during and after the 2012 election which was finally decided at the Supreme Court. 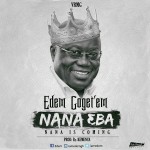