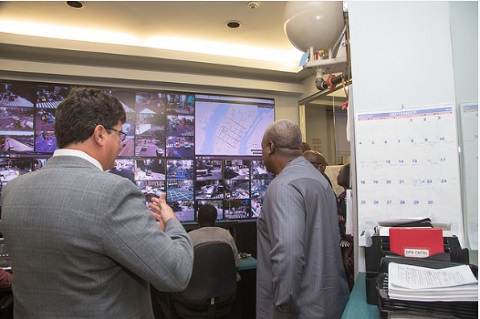 Ghana’s ICT sector has seen high double-digit growth over the past 12 months, supported by new infrastructure and value-added mobile services.

Growing penetration helped the ICT sector outpace broader economic growth, according to data issued by the Ghana Statistical Service in late June. While GDP expanded by 4.9% year-on-year (y-o-y) in the first quarter of this year, the ICT sector grew by some 18.8%.

This represents a dramatic acceleration from the fourth quarter of last year, when the sector expanded by 5.2% y-o-y, compared to 4.9% GDP growth.

This significant increase in the growth rate is all the more impressive in light of the challenges facing the country’s economy, including downward pressure on the cedi, a fiscal deficit and a drop in prices for some of Ghana’s key export commodities.

The growth in the ICT sector over the past year has been supported in large part by extensive infrastructure investment, with expanding fibre-optic corridors providing a solid backbone to extend reach to secondary cities and smaller communities.

Work on the accompanying Western Corridor fibre-optic project has begun and is expected to be completed within the year, according to President John Dramani Mahama.

The improved access brought about by these and other infrastructure build-outs will drive continued growth in the industry, boosting connectivity and transfer speeds, according to Amar Deep Singh Hari, CEO of IT solutions provider IPMC Ghana.

“The laying of the Western Corridor fibre-optic cable is assisting the ICT sector by allowing data transfer to be supported and improving data penetration,” he told OBG.

“To date, ICT infrastructure has been highly concentrated in a few large cities, and distribution to homes is expensive,” he told OBG. “In addition to developing the national fibre-optic backbone, secondary and tertiary links that extend the reach to a wider swathe of the country will be crucial.”

The growing reach of ICT is expected to yield dividends in the broader economy, Mahama said in mid-June.

“The availability of broadband connectivity is expanding significantly,” he said at the opening of the second Africa Mobile and ICT Expo. “The opportunities this offers in creating new businesses are numerous. With massive development by software developers, relevant local content will drive demand and more businesses would soon begin to transform the ideas into value in the market.”

Meanwhile, Jonathan Tawiah, managing director of Ostec IT, points to the importance of developing local expertise to meet the needs of the country’s expanding ICT sector.

“The entire sector is moving pretty fast in terms of technology adoption. This is in part because universities in Ghana are doing much better at producing qualified graduates capable of handling sector demands. Ghanaians can now be recruited locally for middle-ranking engineering positions, which is an improvement from before, when large amounts of money were spent on training,” he told OBG.

Activity in the sector is also being supported by the rollout of new value-added services in the mobile telecoms sector.

The country’s six operators have faced softening average revenue per user rates in recent years, driven by a high level of competition and slowing voice usage. To improve incomes, providers have sought to expand data products and services for customers.

A key area for growth in this segment is the financial services sector, according to Kwaku Sakyi-Addo, CEO of the Ghana Chamber of Telecommunications. Although mobile money transfers and payment are already well established – having been launched in 2009 – there is strong potential for deeper penetration and new products.

“Mobile money is growing at a phenomenal rate, with the volume and value of transactions increasing several-fold,” Sakyi-Addo told OBG. “Still, there is more room for growth in areas such as salaries, school fees, levies, charges, ports, Customs and registrations. The whole area of citizen-to-government payments, and vice-versa, is waiting to be explored. Ghana is in a position to leap from cash directly to mobile money, bypassing credit cards, which are not common.”

The number of mobile money account holders in Ghana doubled last year, according to the World Bank, with 17% of the adult population now subscribing to electronic financial services.

Although this lags far behind Kenya, where the M-Pesa mobile money programme – the largest in the country – covers more than two-thirds of the adult population, penetration could increase further in the coming years, as Ghana has strong indicators for uptake. Some 92% of adults have the necessary ID to open an account, and 91% already own a mobile handset. This compares to 74% and 72% handset penetration in Kenya and Tanzania, respectively.

As the number of account holders has increased, so too has the value of transactions. According to data issued in mid-June, the combined value of mobile money transfers was up more than 100% y-o-y in the first quarter of the year at GHS13.7bn ($3.5bn).

Growing acceptance of mobile finance will drive both an increase in handset sales and data usage, supporting the development of more sales apps and programmes, as well as financially focused business platforms and services.

This Ghana economic update was produced by Oxford Business Group. 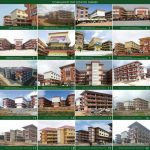