Former President Jerry John Rawlings on Thursday said Ghana’s democratic dispensation, especially since the year 2000, appears to lack the will, the capacity and the ability to fight corruption.

‘The colour of those revolutions contains the strong elements of justice, simpleness and freedom and the spirit of defiance to contain wrong doing. We should be asking ourselves what happened, especially from the year 2000.’

Former President Rawlings was speaking at a wreath laying ceremony and parade at the Revolutionary Square in Accra to mark the 34th Anniversary of the 31st December Revolution.

He said: ‘The colour of this democracy seems to be too different from what we used to know; from the spirit of defiance that could contain the greed, the selfishness that had given rise to so much corruption and pain in this country.

‘I keep hammering on this issue and I will continue to do so. I keep reminding ourselves that the colours of the revolution are extremely important, that we do everything possible to recapture that spirit before it becomes too late.

‘I keep saying the people of this country are peace loving people; and is important that we do not take the peace loving nature of Ghanaians for granted,’ he stated.

He said there is the need to reignite the spirit of the 31 and June 4 revolutions; adding that ‘otherwise we may not be able to reach our destination’.

‘The time has come for us to start looking at those who profited from the change in colour starting from 2000, and those who are profiting from it now,’ he said.

Nii Tettey II, 2015 Greater Accra Regional Best Fisherman and Mr Napoleon Harrison, a farmer, jointly laid one on behalf of farmers and fishermen of Ghana; while Mr Benjamin Laryea, the Vice President of the Tertiary Educational Institutions Network of the National Democratic Congress laid one on behalf of the youth.

The parade was mounted by a contingent of 96 Young Cadres drawn from tertiary and second cycle institutions in the country.

It would be recalled that on December 31, 1981, former President Rawlings overthrew the then democratically elected government of President Hilla Limann’s People’s National Party (PNP) to form the Provisional National Defence Council (PNDC) government. 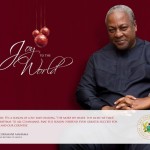 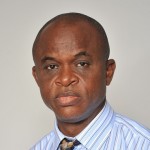