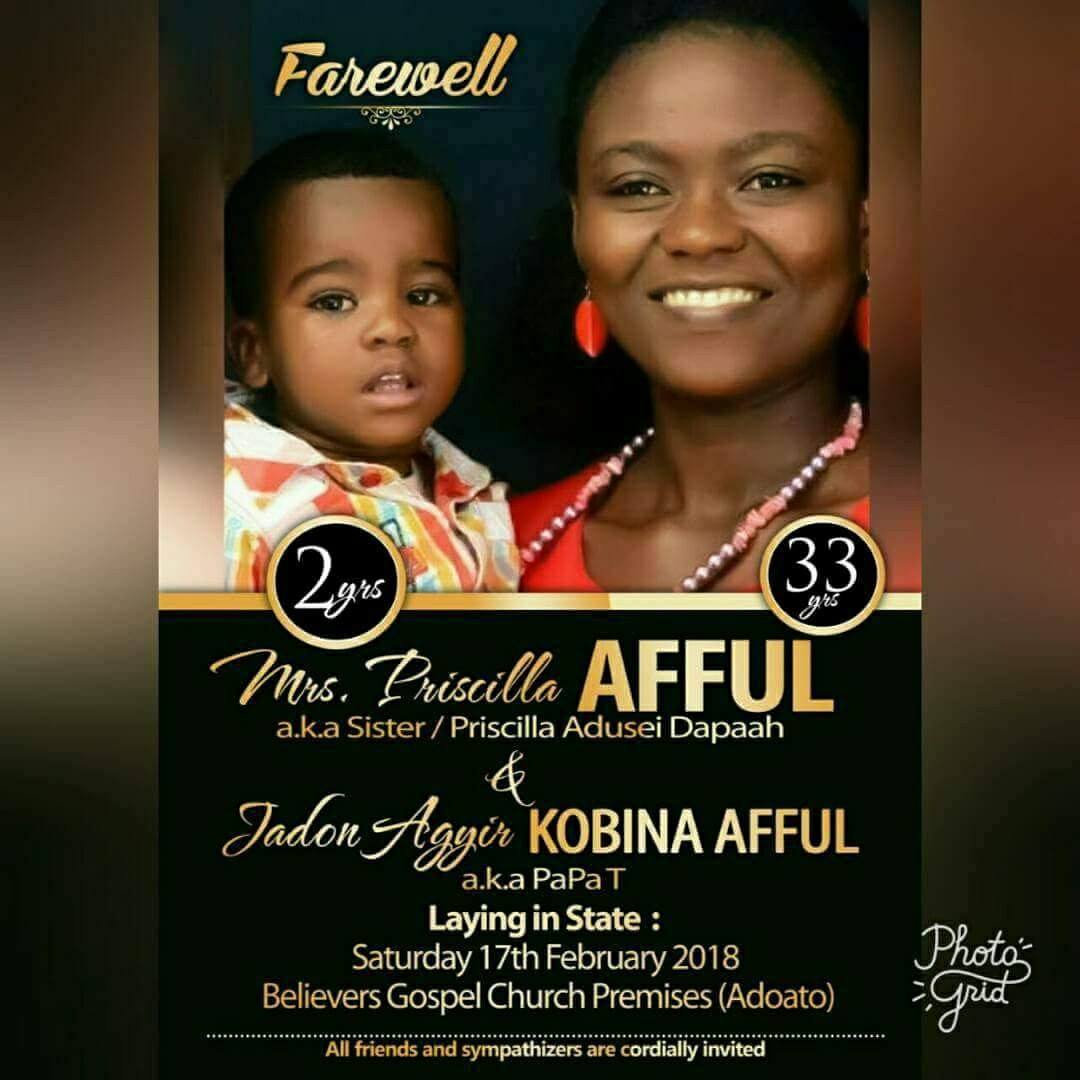 Last Thursday, January 25, an accident occurred at Pampaso near Nsawam in the Eastern Region.

Speaker The accident, involved an Accra-Kumasi VIP bus which veered off the road.

10 people lost their lives while several others suffered various degrees of injuries. Prissy Afful Among the dead were a two-year-old boy, Jadon Agyir Kobina Afful and his 33-year-old mother, Mrs Priscilla Afful.

Posters for their funeral which have appeared online seem to have stirred some emotions. Some social media users have commented on the poster expressing sadness over their untimely deaths.

Comedian Funny Face shared the photo on his Facebook page and it generated loads of reactions. This lady seems to know them very well. This lady attributed the accident to too much sin around. We agree, this is not the best of news to wake up to.

Very terrible. But we all must take heart.

She left behind a husband and a set of twin girls. The funeral will be held on February 17, at Adoato, a suburb of Kumasi. 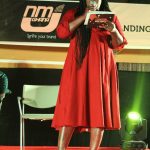