President Nana Addo Dankwa Akufo-Addo says despite inheriting huge debts from the past administration, his government has put in place many measures to create jobs and drive development within the last six months.

Addressing a durbar of chiefs and residents of Tarkwa in the Western Region Tuesday, the President said critics of his government speak as though he has been in power for more than five years.

“We’ve been here for six months…we didn’t meet money in the coffers. We met debt and debts,” the President said.

But he is not the type of leader to cower in the face of challenges, President Akufo-Addo told the people.

I am not afraid of debt [because] if you have good plans and the men, debts can become opportunities for money making, he said in Twi.

The President has made public the debts former President John Mahama’s government left behind since he was sworn in in January.

Although the debt situation could derail his government’s many “ambitious projects” to develop the country, the President said he is committed to his 2016 campaign promises.

He said he was insulted when he talked about the free SHS with critics suggesting it was for votes. He was quick to add that God is not asleep,’ the President said, adding his promises were made from a clean heart.

I know what I am coming to do,’ he said.

President Akufo-Addo also used the opportunity to explain to the residents his government efforts to clamp down on illegal mining in the country.

He said his government is not against mining but is against the illegal manner it is done which ends up polluting the country’s waterbodies.

“The minerals are our property and so are the lands, waterbodies and forest reserves,” he said, adding he will protect them from destruction. 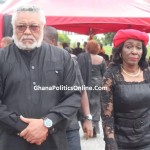 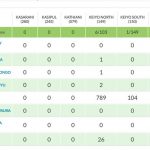