Three years ago on that day, the President took the oath of office to deliver a better Ghana to citizens. So three years down the line, what do Ghanaians make of his governance?

Citi News hit the streets of Accra to find out what a cross section of Ghanaians thinks of the President’s leadership of the country within the period.

For the majority of people who spoke to Citi News, they were of the view that the President is presiding over harsh economic conditions.

Despite the current difficulties, others felt he deserved some credit although he needs to do a lot more to improve the lives of the masses.

“As for me, I can see that he has done a lot, he has done a lot. The road sector like this is going on correctly… he is a human being, he can make errors, but we have to pray for him and follow what he is doing.”

Another said, “He has done well, but there is more room for improvement because now the economy is not in the right direction. We are all suffering, and we all have a problem with the economy. Everything is collapsing.”

“Things are not going well at all because nothing is working… I need a job. Those of us over here, most of us are under-employed. We need jobs but bad leadership, no right decisions, that’s why we are all here. We can’t get any good jobs,” another lamented.

A visibly frustrated woman told Citi News, “Times are very hard. As I speak, I don’t have a pesewa in my bag… the president should sit up. There are a lot of poor people in Ghana, and we are suffering,” she fumed.

Another citizen in his attempt to diagnose the failures of the government said the President’s poor performance can be attributed to the team he has constituted around him.

“I don’t have a problem with him [ President] as a person, but the team of people he works with. He needs to probe further and check their background. Some of them don’t know what they are about because this is not the Ghana we have to have after so many years of independence,” he opined.

Regardless of the criticisms of his administration, the President has repeatedly insisted the government has performed creditably and that he will be given another term as the country goes to the polls this year. 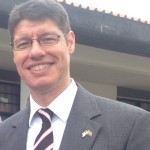