Archbishop Nicholas Duncan Williams, the founder of the Action Chapel International has described Ghanaians as petty people.
He said that Ghanaians have a particular way of understanding issues and that forms the basis of their suspicions about his political affiliation over the years.

Speaking on Starr Chat, the preacher, however, said that he maintains cordial relationships with whoever comes to power because his position as a pastor requires him to do so.

“I am not NDC or NPP, and I have stopped talking about such things because people will believe what they want to believe. The Bible makes it a command to pray for all that is in authority in order for us to have peace on the land. I have been told anytime NPP is in office, they said I am NPP. When President Kufuor came to office they told him I was NDC. They told him I was a friend of Rawlings.

READ ALSO: These mega churches are keeping it in the family
“So one time I met Kufuor and we were chatting and it came up and I said ‘yes I am a friend of President Rawlings but I am not NDC’ and some people also went to tell President Rawlings that your friend is now NPP, so they keep doing that to me,” he said.

He, however, said that he is not moved by such criticisms because he has grown to understand the psyche of Ghanaians.

“If you understand the psyche of your people, it is who we are; Ghanaians, we are very petty people compared to others. And we dwell on pettiness, pettiness kills purpose. And so I just allow people to talk. When President came into office they went to lie to him that I am NPP and all. And the only person who stood up and defended me was former President John Mahama. He told them this man is a man of God and will pray for whoever is in charge so leave him alone,” he recounted. 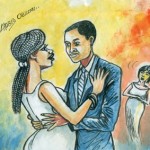 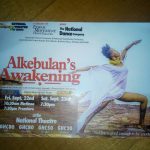