Ghana abounds in rich mineral resources – manganese, gold, diamond, bauxite, etc. Name any mineral that comes into mind, and Ghana has it. Ghana has cocoa and she is the second largest producer of cocoa in the world. However, in the midst of plenty, Ghana is extremely poor with about 99.5% of her sons and daughters faced with unprecedentedly inextricable financial constraints. This much number of her children are lingering in abject poverty!

How did Ghana come to be this poor, one may ask? Ghana and the majority of her children came to be poor because of the incompetence, selfishness, insatiable greediness and lack of farsightedness as in daily and constant depiction by her leaders. Yes, the never ending appetite for corruption on the part of the current leadership of Ghana has exacerbated the already precarious poor state in which Ghana and her sons and daughters do find themselves today.

The current Ghanaian leadership is abnormally corrupt beyond description. They are infatuated with amassing illegal wealth within the shortest possible time of being appointed to play a leadership role of any sort.

President Mahama, the Head of Ghana at the moment is indescribably corrupt in every sense of the word. He has not only been practising tribal-oriented politics, thus, predominantly appointing persons of his northern extraction into higher positions even though they may be square pegs wobbling in round holes, but also, conniving and condoning with criminals like Alfred Agbesi Woyome, the Ghanaian swindler of the century, to steal from the State.

Is it not under his eagle eye (watch) that money was dubiously paid to certain individuals and companies in what has now become, or been popularly classified as, “create, loot and share” judgment debt payments?

Many a member of the NDC will get away with an offence or an offensive statement made but for which same crime a non member of NDC will be arrested, prosecuted or jailed. This practice of selective justice has militated against the prevalence of justice in Ghana hence the free licence to plunder the coffers of Ghana from the centre, forward, backward, left and right by NDC government and party members. This act has contributed towards bringing Ghana to her current miserable state where the majority of the citizens are in such dire straits that they cannot even have one decent meal a day.

What do we have to do as sensible Ghanaians, knowing very well that we have come to where we are at the moment owing to the deliberate acts of corruption, incompetence and nonchalance by our current NDC government and party? Do we have to cope with this deplorable situation like inhibited persons until thy Kingdom come?

Are Ghanaians going to sit on their lap doing nothing while President Mahama and his thieving brigade continue to ransack the coffers of Ghana to the point of incurring and accumulating national and international debts for the country; debts that will continue to be paid by us and the yet unborn generations to come? Are we not going to be seen by our contemporary Whites as fools should we allow that to happen without voicing out our anger or kick him out of power?

Is it not a double slap in the face for the NDC government to embezzle our money, share it among a selected few of their choice and then compel the masses to bear the consequential burden through absurd increases in utility bills, petroleum prices etc.? Is it not an instance of adding insults to injuries for President Mahama and his NDC government and party to request Ghanaians not only to applaud them for a good job done but also, vote for them to continue to stay in power to worsen our already painful socio-economic plight?

Oh, come on, President Mahama alias Dead Goat, Ghanaians deserve much better than your most incompetent and corrupt administration that is ravaging the lives of many a Ghanaian.

The choice is now in the hands of Ghanaians come election 2016. Do we want to continue to live under President Mahama with all his failings and scary corruption that are tormenting us on daily bas, or we will decide to vote him out of power?

Are we ready to continue to fall victims to the lies being perpetrated by the NDC and President Mahama that they have chalked successes worthy for their re-election come December 2016?

Even though they may likely plot with the Electoral Commission to rig the election in advance, our collective resolve to kick them out of power will be enough to do the trick. Where there is a will, there is a way!!!!! 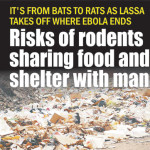