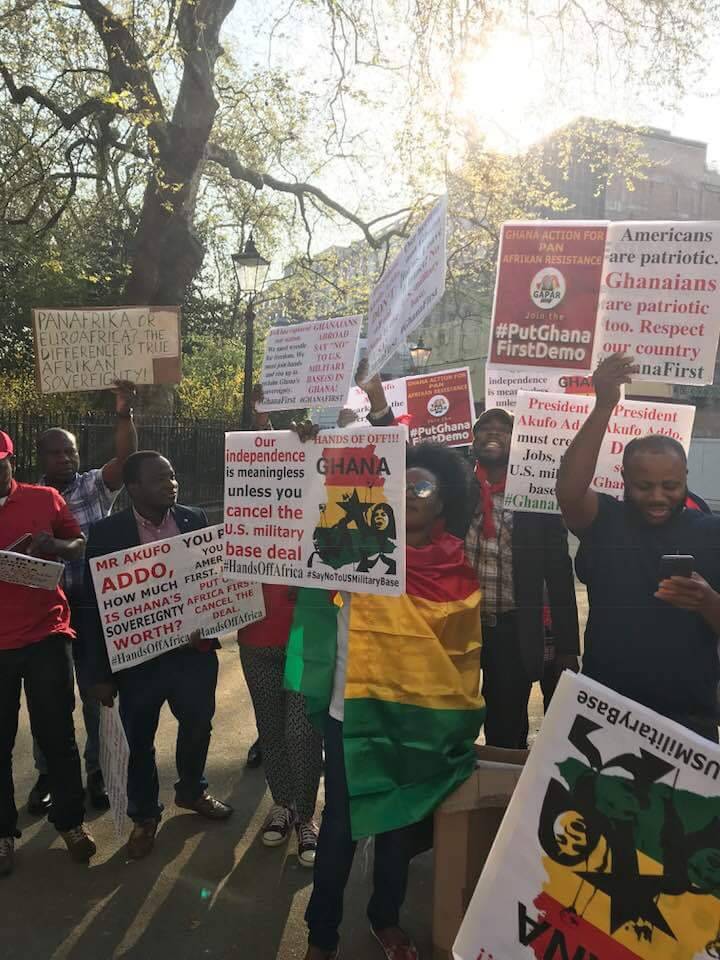 The demonstration against the Gh-US military agreement hit London, UK on Saturday.

Ghanaians living in the European city took to the streets to register their displeasure with the government at home for entering into the agreement.

The protest coincided with the visit of President Akufo-Addo to the country for the Commonwealth Heads of States meeting.

Their demonstration falls in lieu with similar protests going on in Ghana.

The demonstrators in Ghana poured onto the streets of the Northern Regional Capital, Tamale Saturday, to register their displeasure with the government.

The protest march which started in the capital Accra last month is expected to take place in every region.

The demonstration is being organized by the Ghana First Patriotic Front, a coalition of political parties and ‘concerned’ Ghanaians who are bent on seeing the agreement knocked down.

They claim that the agreement in its current form is inimical to the interest of the Ghanaians and will undermine the sovereignty of the country.

The military cooperation agreement between the two countries is to among others, help fight terrorism and will see the US soldiers enjoy some privileges in Ghana.

The Minority has kicked against the deal vehemently.

Parliament has ratified the agreement and the President has also defended it referring to his opponents as hypocrites since they also entered into similar agreements in the past. 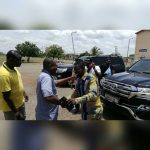