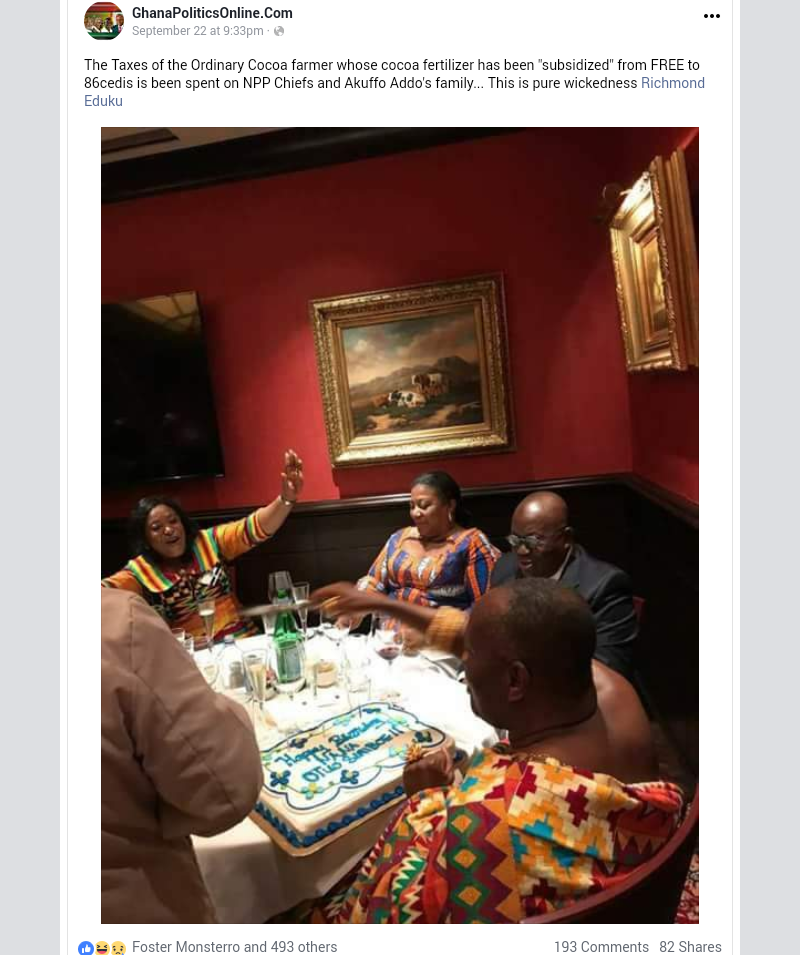 In a speech many described as bold, he called for reforms in the UN Security Council in order to ensure fairness and achieve the much desired world peace.

While many have commended him on his speech, others have focused on things other than the reason why the president went there.

The current issue gaining currency on social media is a photo of the Nana Addo and his wife, Rebecca at a mini party.

The story behind the photo is that, the evening after his address at the UN, he and his wife among others, joined Council of State Chairman, Juabenhene Nana Otuo Siriboe II to celebrate his birthday.

But critics, have taken to social media to chastise President Akufo-Addo.

According to them, he used the taxpayers’ money to ‘enjoy himself’ while on official duty.

“Birthday celebrations in New York on the sidelines of the #UNGA. So much for saving the public purse”, the party’s official twitter handle captioned the photo. 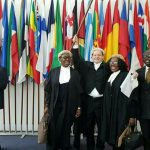 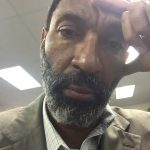