A Ghanaian doctor has expressed grave dissatisfaction over government’s decision to fly the vice president, Dr Mahamudu Bawumia, to the United Kingdom (UK) for medical treatment.

The medical practitioner, who lost his father die to the inefficiency of Ghana’s health delivery system wonders why the country’s health system is still very weak and fragile.

“I am doing my part but the people who handle my taxes deem it fit to fly out for medical care and leave the ordinary man in the shithole of a health system.

As a dentist in the UK or US, I would make loads of cash but I chose to stay and contribute my quota,” he stated. Reacting to Bawumia’s medical tourism to the UK, the aggrieved doctor asks; ” Are politicians special human beings to be treated outside whiles they leave us in the rot they set up and control?”

Meanwhile, the government says it is unsure of the date the vice president will be returning from his medical trip as minister of information argues that Bawumia’s medical trip is to aid him have enough rest. 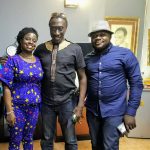 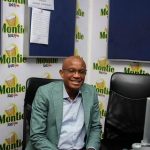