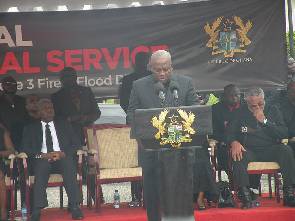 Speaking at the maiden congregation of the University of Energy and Natural Resources in Sunyani last Saturday, President John Mahama indicated that as part of measures to solving the energy crisis, the country will be made a major power exporter.

“A few weeks ago, I had the opportunity to cut a sod for the commencement of an onshore receiving facilities for Sankofa gas…. It is estimated at 1.5 trillion cubic feet. It is capable of supplying Ghana with 1000 megawatts of power for the next 20 years.

“Indeed, my vision is to make Ghana a net exporter of Power when the West Africa Regional electricity market becomes operational sometime next year,” he stated.

President John Mahama urged the University to search for resolutions to the economic energy challenges.

He entreated them to explore ways to harness a variety of energy resources and biofuels including nuclear energy to achieve a sustainable energy capacity for the nation.

The congregation was the first of its kind for students who had completed their studies after gaining admission in the 2012/2013 academic year after the school was established in 2012.

The graduation and matriculation ceremony was held on Saturday, 18th June with a total of 174 students graduating from the four Colleges of the institution with degrees.

The graduates were from the School of Engineering, School of Sciences, School of Natural Resources, and the school of Agriculture and Technology.

The outgoing Vice-Chancellor of the University, Prof. Esi Awuah also in her address to the Congregation, highlighted some of the achievements of the University in the areas of teaching and learning, Research, Innovation and Development among others.

She hinted that the Institute has manufactured Eco drones which are almost ready for use to monitor nefarious activities in the agricultural sector.

“Be truthful in everything you do at all times and be trustworthy even if it is difficult to,” she advised the congregants.

She commended President John Mahama for supporting the school. 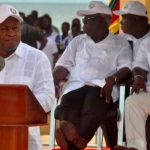