The Minister of Finance Ken Ofori-Atta has dispelled any idea that the Akufo-Addo government may extend Ghana’s bailout programme with the International Monetary Fund.

According to the Finance Minister, the government was rather committed to finishing the programme next year April strong, sticking to the required fiscal discipline to set the economy on the right path.

This comes after the Finance Minister Ken Ofori-Atta had earlier told reporters that Ghana was going to miss three key economic targets set for the IMF programme.

The three targets which were to be missed, according to Ken Ofori-Atta, were the country’s growth target, as well as fiscal deficit target and the country’s primary balance which he said was currently in the negative.

Answering a question during a media interaction in Accra on whether or not, the new government would consider extending the IMF bailout programme, Mr. Ofori-Atta said the government was rather committed to finishing the programme strong, ensuring that they don’t over spend their budget.

“On the IMF programme, there is a strong commitment to finish and finish strongly with it. And that is really our orientation and pre – occupation. Ours is to put the numbers down and agree what they are and also work out the discipline that is required for us to ensure that the fiscal consolidation is not dislocated.”

“And when you are faced as a parent with these kinds of numbers, of course, you are going to try and meet it and so we are committed to finishing the programme and even come out stronger than is expected,” he added

He also reaffirmed the new government’s commitment, to renegotiate the IMF deal, after an ongoing validation has revealed that GH¢7 billion ($1.6 billion) in expenses were not accounted for by the previous government.

Ghana is currently in talks with officials of the IMF and is expected to finalize an audit of the undisclosed spending by February 15, 2017.

Once the financing gap is established, the government will determine how it wants to raise funds for the shortfall, Ken Ofori-Atta told the media.

“By the end of the IMF visit, the process of discovery and certainty and validation would have gone a long way,” Ofori-Atta said. “The task is a lot more than we anticipated with regards to the arrears.”

The Finance Minister and the majority in parliament disclosed earlier that, the country’s budget deficit for 2016 is likely to be “double digits” going beyond the 8 to 9 percent projected, after the discovery of the arrears.

The IMF team which are in town are expected to be holding talks with the new government on the US$918 million three-year credit facility agreed in 2015 after government spending ballooned and revenue from commodities such as oil and gold leapt due to a global slump. 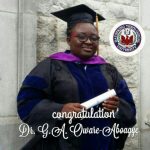