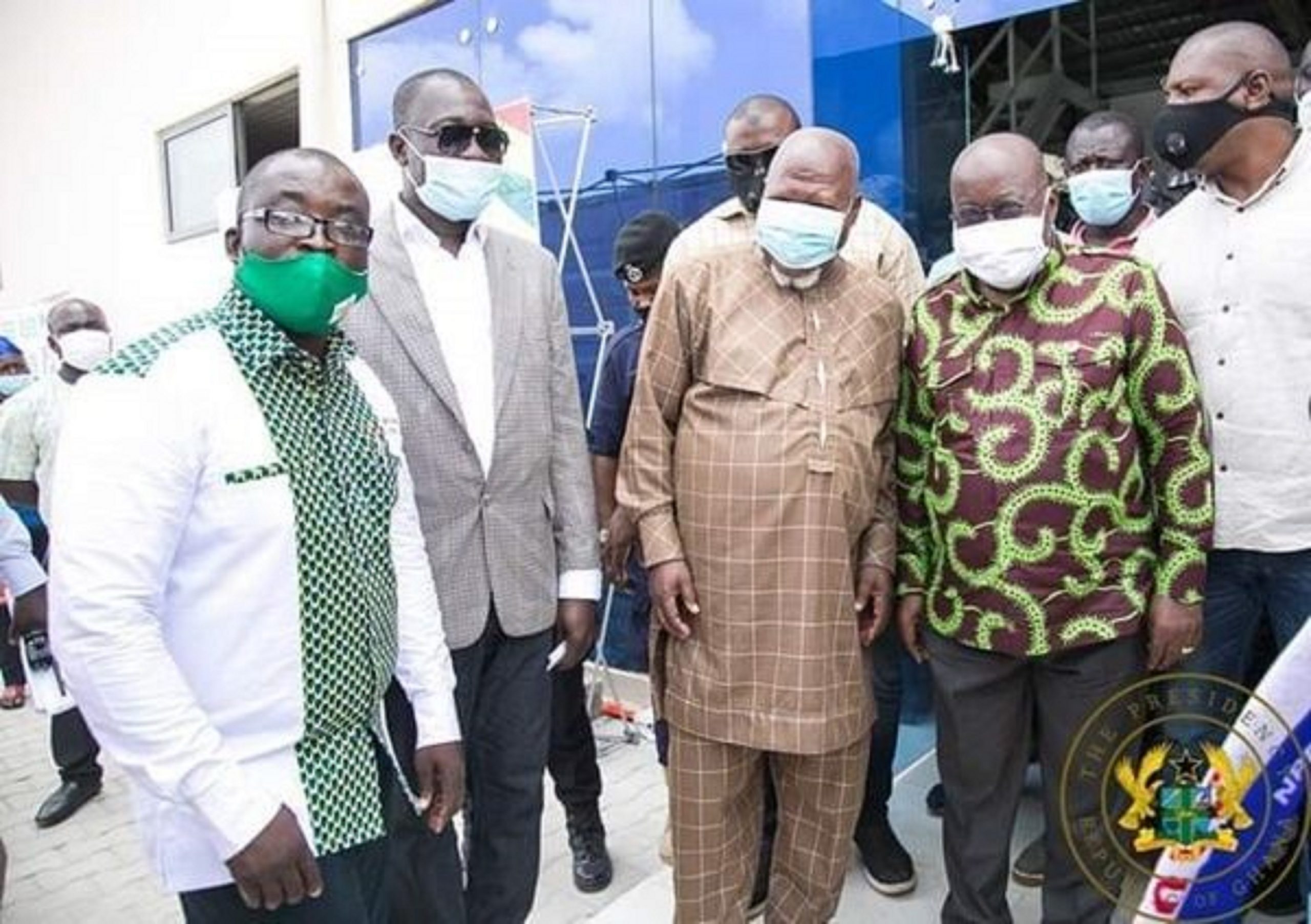 The former National Democratic Congress Central Regional Chairman, Bernard Allotey Jacobs has said that if the NPP is given another four years in power Ghana will look like Paradise in terms of development.

Speaking to Kasapa FM News’ Yaw Boagyan when the president commissioned CASA DE ROPA factory under the 1D1F initiative at Gomoa Bewadze in the Gomoa West District of the Central Region, he applauded the government for introducing the policy which has created numerous employment opportunities to the people of the region and in Ghana as well.

According to him, “If Nana Addo continues creating jobs like he is doing now, and Ghanaians should give him another four-year term he will turn Ghana into Paradise so I personally support his 1D1F policy…”

“As at now the government has commissioned two factories in the Central Region which are the Ekumfi Pineapple and Fruit Juice Factory at Ekumfi Nanaben and Casa De Ropa factory at Gomoa Bewadze which have given the teeming youth in the areas jobs.”

Allotey Jacobs added that; “The factories have employed both skilled and unskilled labour and over 400 local people have been employed. Indeed Ghana will turn into an industrialized nation and youth unemployment will be reduced.”