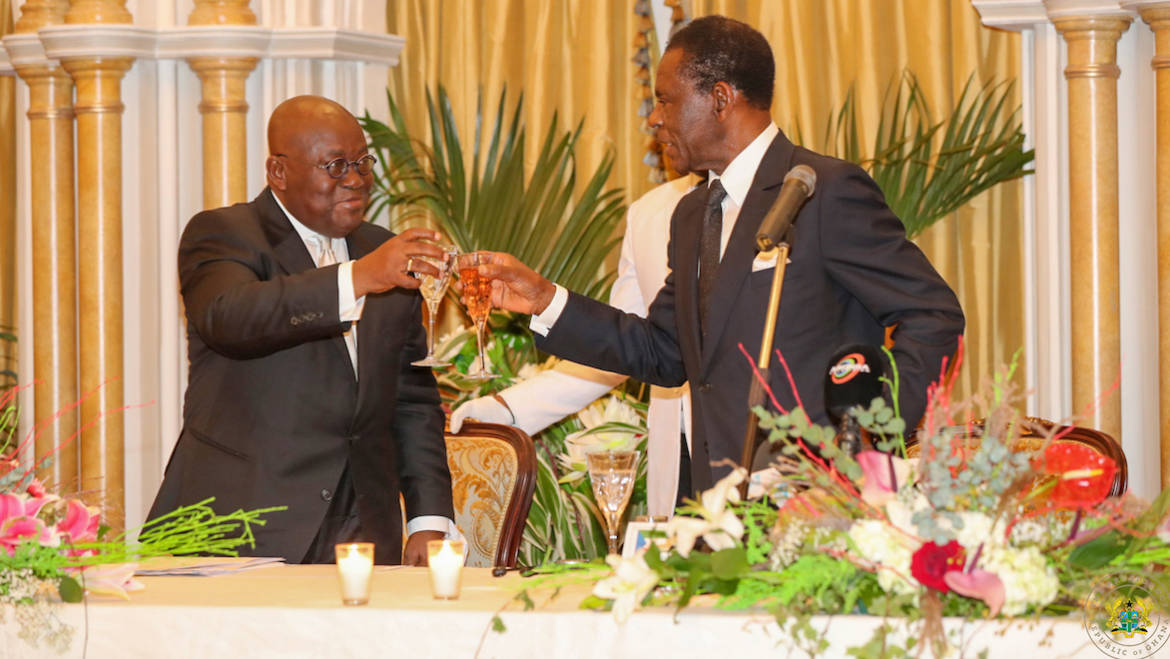 The President of the Republic, Nana Addo Dankwa Akufo-Addo, says his 3-day visit to Equatorial Guinea is to strengthen the bilateral ties that exist between the two countries, as well as explore areas of co-operation to the mutual benefit of their respective peoples.

According to President Akufo-Addo, at the diplomatic level, the two countries have maintained strong relations for several decades, adding that he is following in the footsteps of three of his predecessors in the 4th Republic, who also paid official visits to Equatorial Guinea.

“They have laid a solid foundation for the relations between our two countries, on which, with God’s help, I am hoping to help build a bright future of co-operation,” he said.

President Akufo-Addo made this known on Monday, August 21, 2017, at a State Dinner held in honour by President Teodoro Obiang Nguema Mbasogo of Equatorial Guinea, at the commencement of his 3-day official visit to that country.

With the last meeting of the Permanent Joint Commission of Co-operation between the two countries held in Accra in 2010, President Akufo-Addo was hopeful that his visit to Malabo will kick-start the re-commencement of formal sessions of the Commission, the last one of which was held in Accra.

The President was, therefore, keen to revive the Air Services Agreement, and re-establish direct flights between Accra and Malabo. His government, he added, has also committed itself to expanding the Tema Port into a trans-shipment hub, to improve sea trade within Africa.
Ghana’s energy security

As part of the measures put in place by the Akufo-Addo government to guarantee Ghana’s energy security, President Akufo-Addo noted that Equatorial Guinea’s proximity to Ghana makes her one of the excellent sources for procuring reliable and sustainable LNG to augment Ghana’s domestic supply.

In June 2017, the Ministers for Energy of the two countries signed a Memorandum of Understanding in relation to the supply of LNG from Equatorial Guinea to Ghana.

“My presence here is a consummation of this bilateral agreement, and represents a significant step towards matching Equatorial Guinea’s excess gas supply to Ghana’s ever growing demand,” he said.

President Akufo-Addo continued, “It is my expectation that during this visit, we shall sign a government-to-government Heads of Agreement for the supply to Ghana of LNG from Equatorial Guinea, for a period of fifteen years, reviewable every five years. If cocoa was the first seed to nourish the relationship between our two countries, gas is going to be the second.”

The Memorandum of Understanding provides that Equatorial Guinea will supply the equivalent of 150 million standard cubic feet of natural gas per day to Ghana. The MoU also provides for the building and operation of an LNG regasification terminal in Takoradi.
Continental Integration

With Ghana and Equatorial Guinea being are two important members of the African Union (AU), President Akufo-Addo stressed that he is willing to do whatever he can to strengthen the AU.

“I believe it is extremely important for the welfare of the 1.2 billion people of the continent that we, the leaders, demonstrate strong political will to make the AU an economic and political success, and to make the project of integration real. I am fully committed, and I know President Teodoro Obiang Nguema Mbasogo is, too,” he said.

“The time for African integration is now. Ghana and Equatorial Guinea should be at the forefront of the process that will convert the AU into a true continental market. Hence, the importance of the success of the Continental Free Trade Area. A working, common continental market has to be a very fundamental objective of all peoples and governments on the continent,” he added. 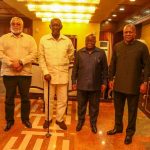