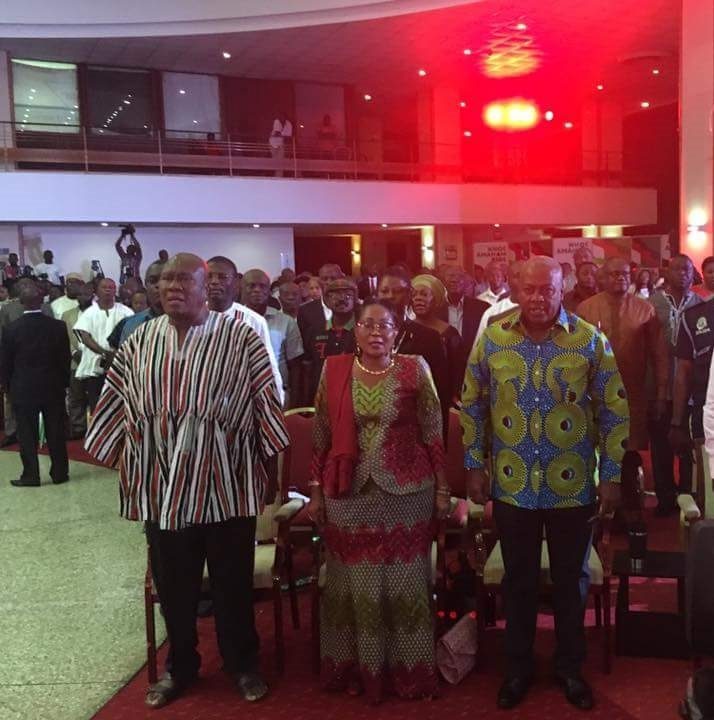 The National Democratic Congress (NDC) will add two more Psychiatric Hospitals to the existing ones in Ghana if it wins the December 7 polls.

President John Mahama revealed the hospitals will be built in the Ashanti and Northern regions in his second term of office.

Highlighting the 2016 Manifesto of the ruling NDC Tuesday, ahead of its launch in Sunyani, Mahama stated “we will develop the Pantang Mental Hospital to a first class mental health facility” while plans are advanced to relocate that of Accra.

He noted priority will be given to mental healthcare to make it more attractive.

Still under health, Mahama also revealed “in our next term we’ll build 20 polyclinics in Ashanti, Western, Eastern and Upper East regions” which will make it easier to “increase supply and fair distribution of health personnel across the country.”

To this end, the president who is seeking re-election in two months’ time, opined the NDC government has “increased the number of midwives from 500 to 2000.”

According to him, the aim is to reduce maternal and infant mortality rates which are on a “downward trend” in Ghana.

Touching on his achievement under the health sector, Mahama said “the Police Hospital is being expanded and the Maritime Hospital will be expanded by the end of this year.”

“A new polyclinic will be built at Bamboi… There’s a hundred bed new hospital coming up in Adenta,” Mahama stressed.

Mahama’s main contender is New Patriotic Party’s Nana Akufo-Addo and the two are locking horns for the second time after the 2012 elections which ended up at the Supreme Court.