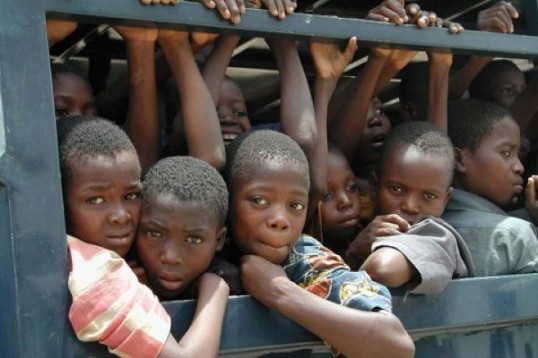 Ghana has been ranked 100th on the Girls’ Opportunity Index, a ranking of 144 countries that attempts to present the opportunities available to women.

The ranking was compiled by the international charity Save the Children (STC), which released the index as part of a new report about child marriage.

According to STC, “the Girls’ Opportunity Index provides a snapshot of the situation of girls in countries the world over – their opportunity to control their own lives and to fulfil their potential.

… we have sought to identify issues that provide insights into the some of the most extreme violations of girls’ rights, which stem from deeply entrenched discriminatory norms as well as from economic and political barriers.”

The indicators used for the rankings were child marriage, maternal mortality, teenage pregnancy, women’s representation in parliament and the rate of completion of lower-secondary school among girls.

The analysis report, which makes use of already known data from United Nations agencies, also found that every seven seconds, an underaged girl is married of somewhere in the world.

Despite the bottom of the index being dominated by low-income African countries such as Central African Republic (142), Chad (143) and Niger (144), some countries on the continent performed well.

Algeria ranked 31st, a spot ahead of the United States, while Tunisia ranked 33rd. Meanwhile, Rwanda was the highest ranked country worldwide with the most female parliamentarians with 64 percent of seats.

The highest ranked countries on the overall index were Sweden (1st), Finland (2nd) and Norway (3rd).

Goal five of the Sustainable Development Goals seeks to “achieve gender equality and the empowerment of all women and girls” by 2030.