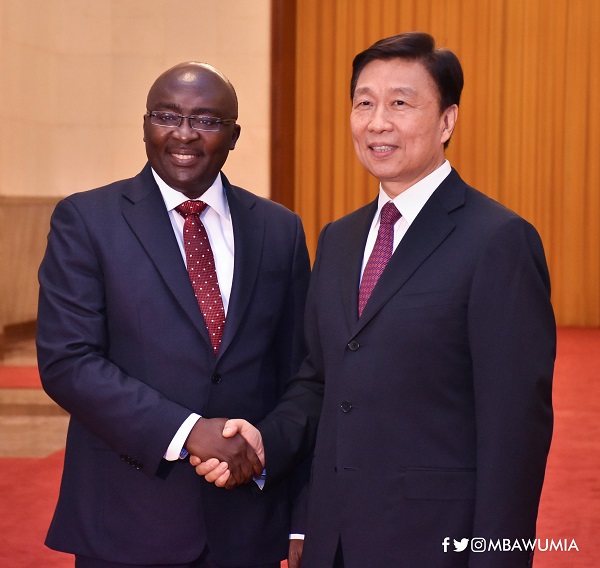 The Coalition of Democratic Governance (CDG) has labelled government’s decision to channel about $2.5 million into the purchase of an app (Ghana Post GPS) for a digital address system, as an agenda to misappropriate state funds.

The group in a statement highlighted key reasons the app was a hoax and a possible attempt by government to cause financial loss to the state.

The group said Vice president, Dr. Mahamudu Bawumia owe Ghanaians an apology as per their investigations, information given concerning the digital addressing system was “half baked”.

According to the statement, “Investigations conducted by CDG revealed that the “Ghana Post GPS” uses a Global Positioning System (GPS) based technology which is not a new technology contrary to what has been stated by the Vice President of The Republic of Ghana, Dr. Mahamudu Bawumia. We are demanding an unqualified apology from the Vice president Dr. Mahamudu Bawumia, the head of Ghana Post and Ministry of Communication for misleading Ghanaians.”

The application software was acquired by government to host the digital addressing system.

The digital property address system, since its introduction, has raised several credibility and security concerns including internet connectivity issues, and the originality of the idea by software developers, Vokacom.

IT expert Stefan Froehlich in an interview on Joy News TV raised some challenges he identified with the application and advised they be addressed before clearing it for use.

He noted that, “A problem I have identified with the software is that as soon as you open the app it forces you to sign up and the problem with this is that users can’t therefore randomly generate their location and share. The app should be improved so the boundaries of the property can be marked and given one address.”

The CDG in their statement buttressed these claims describing the purchase of the app as a ‘fraudulent act’ as they are of the belief that government used the acquisition to rid the nation of the $2.5 million cost involved.

“CDG is of the opinion that the App should not have cost more than $150,000 especially when the data stored is not an image but alphanumeric. If Facebook app which has twenty (20) plus features and is integrated with Google maps can cost $500,000 to develop in 9months, how can just an App which is an integration of Google cost $2.5m?” they quizzed.

Addressing the safety of personal information on the platform, the group said Ghanaian’s needed the assurance that information provided was properly secured and all loopholes are sealed in other to gain value for the money spent.

They advised government to organize an audit for the app with immediacy and be more transparent with the contract agreement between government and the company responsible for the software application.

“CDG is of the view that there is no value for money and the most important part is information provided by users are not secured as it falls into the hands of foreigners. The coalition is by this statement calling on the NPP government to: As a matter of urgency conduct an IT audit on the App to ensure security of biodata of Ghanaians, come clear on the procurement process leading to the purchasing of the said App, come clear on the KPIs of the App and review the contract to ensure Ghanaians have value for money,” they noted.

They identified the Akufo-Addo-led administration with ‘plagiarism and deliberate dishonesty’ citing projects including Planting for Food and Jobs and Free SHS as their means of defrauding the nation.

The statement further revealed, “The CDG recognises that this technological and financial fraud is just one of the outcomes of an New Patriotic Party (NPP) governance process, based on plagiarism and deliberate dishonesty obfuscating the implementation of otherwise laudable public policies and projects such as Planting for Food and Jobs, Free SHS, Nursing and Colleges of Education and others which were largely thoughtfully initiated by the National Democratic Congress (NDC) government.”