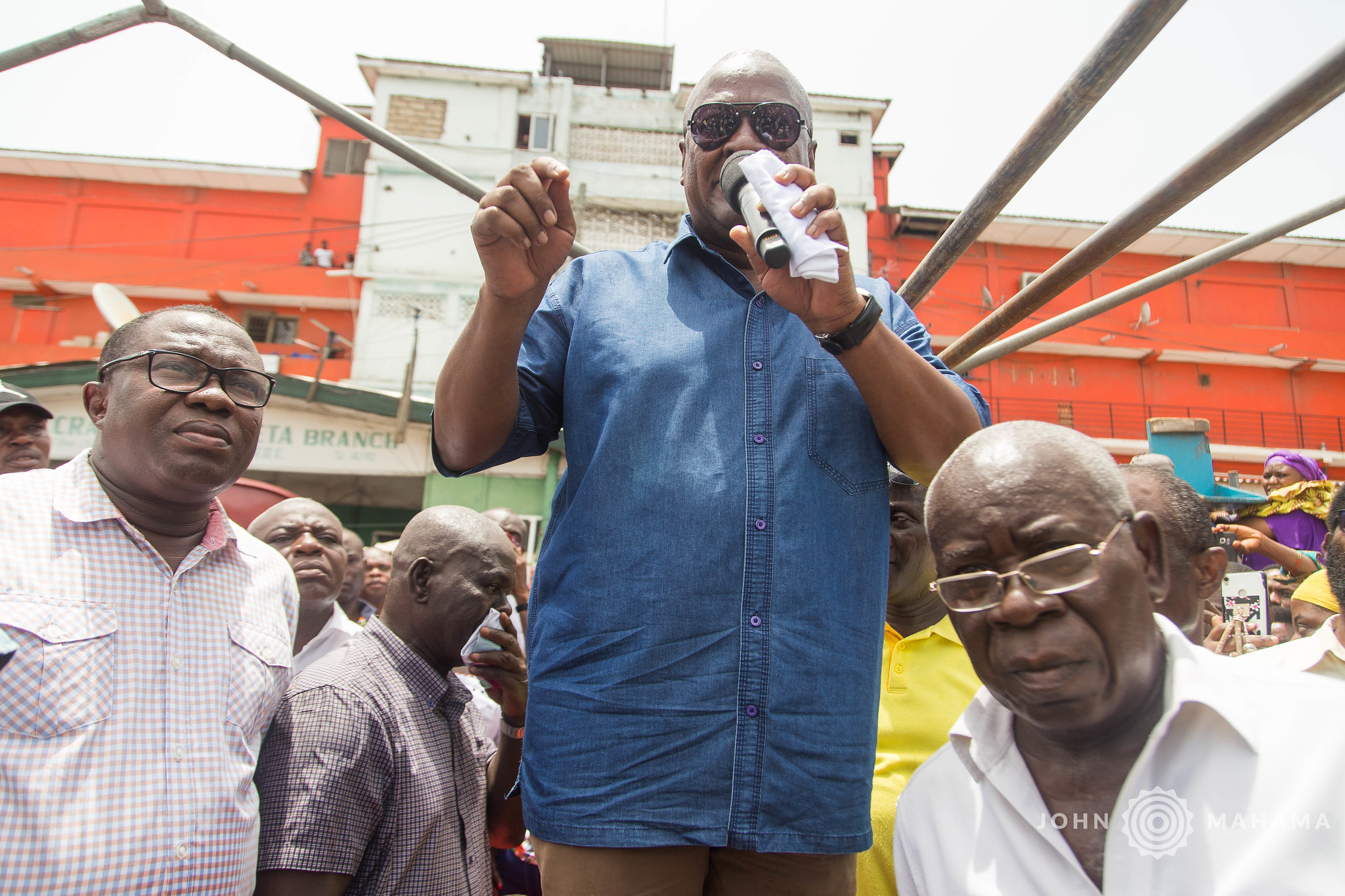 The political atmosphere looks like a cauldron, everybody making his effort to show the rival as unfit and using the novel invectives to corner the rival contender. There are no takers for the manifestos that are drafted to woo gullible voters, once they come to power they conveniently forget the promises penned in the manifesto.

The Npp has been a miserable failure under the current administration. The President and his henchmen are ruling the nation as if it is their fiefdom and corruption has been institutionalized by them and their cronies. People are so fed up with the damage being caused by the administration and are determined to vote them out come the next election.

Keeping aside personal diatribe, Mahama can legitimately claim that his administration exceeded expectations in certain critical areas compared to the other governments that ruled the nation earlier. A single strong and efficient leader is the need of the hour to continue the transformation we saw between 2009 and 2016, he should be given a second chance with solid mandate to enhance the Ghanaian image.

Mahama has all the unique qualities and a proven honest man who kept nepotism, corruption, arrogance and flattery at a distance and always focused on the country’s development.

The 2020 general election is going to be a direct battle between Mahama’s personal charisma clubbed with his performance during his tenure as Vice and President and panic stricken and most unprincipled, incompetent government led by a coalition of incompetent politicians. Maybe it is a litmus test for Mahama to convince the people that he is not merely a leader who makes promises only to forget after election. He now has the opportunity to tell the real story and do the necessary comparison. Only pessimists say that Mahama must be defeated.

In Ghana, the political system and hence the governance model has experienced notable changes, both positive and negative, since the dawn of independence in 1957. Fast forward, the Ghanaian political model can be viewed as an agglomeration of three layers, politics that is non ideological, elections based on clientelism and a pool of passionately partisan citizens. The three factors are interrelated. That our political system isn’t based on any ideology is more factual than it can actually be proven otherwise. Lack of a coherent, clear and profound political ideology has dampened the vision for our great nation. Because of this unfortunate trend, Ghana suffers from the inadequacy of serious and selfless political leaders, whose political pragmatism is embodied in progressive philosophies. Thin ideological lines of Ghanaian political parties can be illustrated through the relatively high number of defections witnessed during the electioneering period and by the ethnic composition of such outfits. As I have documented before, I restate that for us to try and fix out politics, it is fundamental that progressive amendments be made to the political patties Act.

I have raised these issues because the filthy state of the political parties in Ghana cannot allow for healthy political competition. Competitors are framed and profiled as enemies and moles. In this case, I am referring to political competition at the party level and at the National level during general elections. How can we build a democratic state if the vehicles of democracy are undemocratic with rivaling factions being intolerant of the other’s ideas.

Our political system has a culture of clientelism that is deeply entrenched. A good number of supporters of the Npp and officials are known to have a sweet tooth for such kind of vicious politics. Why should be practice politics that is founded on a quid pro quo basis? . That is one side of Ghana’s political pyramid that is starkly dark and which a good number of politicians are known to propagate.

Ghanaians voted out the Mahama administration because of this primitive phenomenon. The administration was not assessed based on its performance, policies and future plans via-a,vis its ideological philosophy but rather, on what the opposition propagated, tribal permutations and perceptions. There is no doubt that majority of the electorate in Ghana is passionately partisan and ignorant as far as governance is concerned. Many Ghanaians have chosen not to familiarise themselves with political issues by stating that such issues are for politicians. This is an ignorant warp that trips our nation hence hindering the ideal political progress of our country.

Politics precedes economics, progressive politics begets economic prosperity, retrogressive politics cultivates economic retardation and redundancy. Those who know and understand these dynamics fail to state the facts creating space for self seeking and opportunistic politicians to deceive the vulnerable.

Ghana’s economic rise over under the Mahama administration lifted many Ghanaians out of abject poverty and created a solid middle class. It was not a story of private success and public failure. Prosperity was across the country. The administration delivered the basic public services including law and order, education, health, clean water, roads, well equipped police forces, judges who delivered swift justice, functioning schools etc.

As I look back on our over sixty years history as an independent nation, I can discern four great milestones: 6th March 1957 Ghana won her independence, 1st July, Ghana became a republic, the Birth of the Greatest African ever Osagyefo Dr Kwame Nkrumah, and the socio- economic transformation between 2014 and 2016

Ghana’s rise under Manama was a work in progress. Its transformation moved beyond economic reform. The administration started fixing the institutions of governance to avoid what economists call the middle class trap. He modernised our bureaucracy, security Institutions and judiciary and improved the quality of government services. More teachers were recruited, built more schools, hospitals, expanded and renovated our ports, etc to employ more Ghanaians apart from the services these facilities provide. It also created a predictable and transparent environment for doing business.

John Mahama possesses potentials that will move Ghana to the level we all desire. The former President still has so much to offer this country. Post 2016 happenings clearly show that the phenomenon of voting on ethnic lines mere promises is dangerous. To lead people in honesty and integrity is a great way to build credibility as a leader. Mahama is governed by principles he has put around himself as a hedge never compromising and always sticking to what is just and fair to all. His admirers have swelled because of how he carried himself in government and in opposition. Ghanaians have started seeing the insignificance of the projects he implemented and the lies told them by the ruling party.