Rev. Lawrence Tetteh, President of the Worldwide Miracle Outreach Church in Ghana and United Kingdom, has described Ghana as a sick nation.

“Let us not deceive ourselves, Ghana is sick, not because of the doings of any political party but because the people of Ghana have stopped praying”, he said.

He adds, “Ghanaians have stopped calling on the name of God, but that name is a strong tower and when the righteous run into it they are saved.”

Rev Lawrence Tetteh was addressing a press conference in Takoradi as part of a week-long programme dubbed ‘Power Must Change Hands’ (PAMUCHAHA)’ organized by the Breakthrough Family Chapel in Takoradi, the Western Region capital.

The evangelist continued “the Bible says if my people who are called by my name, will humble themselves and seek me, I will bless their land”.

Rev Tetteh, who was one of the guest speakers at the conference, noted that the name of Sekondi-Takoradi had assumed a global dimension due to the oil discovery in the area but said efficient utilization of oil revenues to develop the area should be paramount.

He stressed the need for the revival of agro-industries such as the Nzema Copra Mills from the coconut plantations and the Bonsa Tyres from the rubber trees established by Dr Kwame Nkrumah, Ghana’s first President.

He pointed out that posterity would judge those at the helms of affairs of the region if they failed to utilize the many resources in the region to develop the area.

Rev Tetteh regretted that even though Christians formed about 70 per cent of the country’s population, men of God are not consulted in the running of the nation.

“I am giving you a task as journalists, you monitor the politicians next year. They will be moving from church to church because it’s an election year”, he noted.

Commenting on the debate on the voters register, he said the final decision on whether the electoral roll should be changed or not should be left to the Electoral Commission.

According to him, the EC is the only institution mandated to take such a decision on the register.

He stated “posterity would judge the Commissioners if they fail to do the right thing now”.

Bishop Samuel Osei Tutu, founder of the Breakthrough Family Chapel also regretted that pastors in the Western Region were not united, contributing to the region’s underdevelopment. 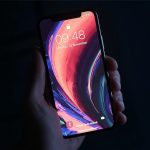