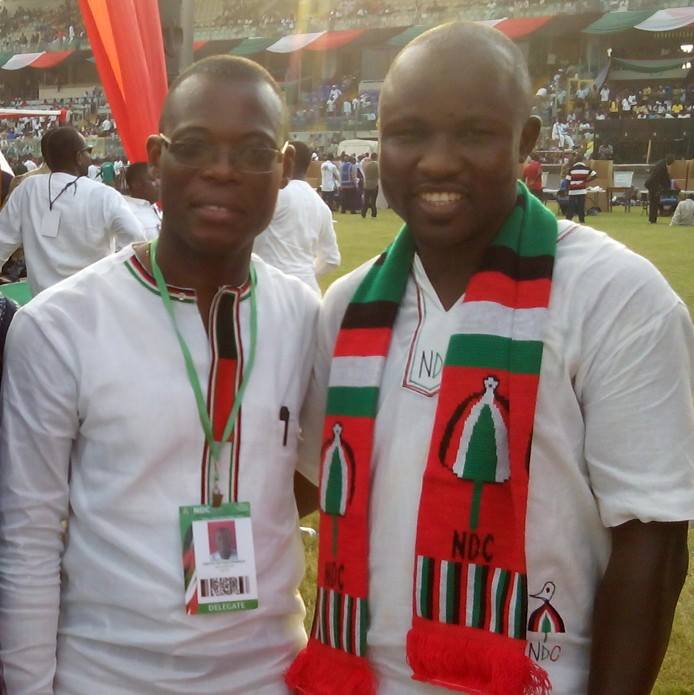 Ghana is a DEMOCRATIC STATE not a police state. Ghanaians must rise up against any form of dictatorship and colonial principles.

Who were behind the perpetration of this illegality against Comrade Bernard and co?

The police under this same President Akufo Addo government has frustrated two other demonstrations that were supposed to take earlier against the government by citizens of this country with some frivolous excuses.

May be what the police needs to be reminded is that, the current President Nana Akufo Addo touts himself as a freedom fighter, human rights crusader, and in fact, he had the last 25-30 years of his adult life spent on either orchestrating, organizing, leading and championing demonstrations against previous regimes or governments in this country.

The infamous KUMI PREKO DEMO against the introduction of VAT in 1995 is a typical point of reference.

So it makes NO sense at all to see people hide behind state powers to push the police or state security to act in a manner that infringe on the rights of citizens.

Ghana is governed by laws. The public order act 1994 (Act 491) Section – 1 – Notification to Police of Special of Event stipulates that;

(1) Any person who desires to hold any special event within the meaning of this Act in any public place shall notify the police of his intention not less than 5 days before the date of the special event.

(a) the place and hour of the special event,

(b) the nature of the special event;

(c) the time of commencement;

(d) the proposed route and destination, if any; and

(e) proposed time of closure of the event.

(3) The notification shall be submitted to a police officer not below the rank of Assistant Superintendent of Police or other police officer responsible for the nearest police station to the location of the proposed special event.

(4) Where a police officer notified of a special event under subsection (1) has reasonable grounds to believe that the special event if held may lead to violence or endanger public defence, public order, public safety, public health or the running of essential services or violate the rights and freedoms of other persons, he may request the organisers to postpone the special event to any other date or to the relocate the special event.

(5) An organiser requested under subsection (4) to postpone or relocate the holding of a special ever shall within forty-eight hours of the request, notify the police officer in writing of his willingness to comply.

(7) The judge or chairman may make such order as he considers to be reasonably required in the interest of defence, public order, public safety, public health, the running of essential services or to prevent violation of the rights and freedoms of other persons.

The above requirements are clear as to what the police can do or cannot do. So it doesn’t lie in the hands of the police to either GRANT PERMIT or REFUSE PERMIT in relation to demonstrations or protests etc. it’s only the court which has such authority to exercise.

Demonstration is a legal and legitimate form of either registering one’s protest or displeasure against something one feels strongly about or a procession in favour of something.

As well meaning Ghanaians, we must not cede that part of our fundamental human rights to the police or any state security to become the decider as to whether to allow or disallow any form of legitimate demonstrations or protest in the country.

It thus appears to many Ghanaians that the only language this government understands better is “TAKASHI” or “BUGABUGA”. The President and his government will not be able to withstand any public pressure any revolution that may be necessitated by the current happenings where state security is used to undermine the fundamental human rights of Ghanaians. The earlier they stop, the better.

President Nana Akufo Addo must do self introspection moving into the new year 2018. Ghana has become a BANANA REPUBLIC under President Nana Akufo Addo and best new year offer our president can give Ghanaians is to do a deep soul search and make to his number new year resolution to be returning this country to the dignity, and peaceful manner it was when he took over on January 7, 2017.