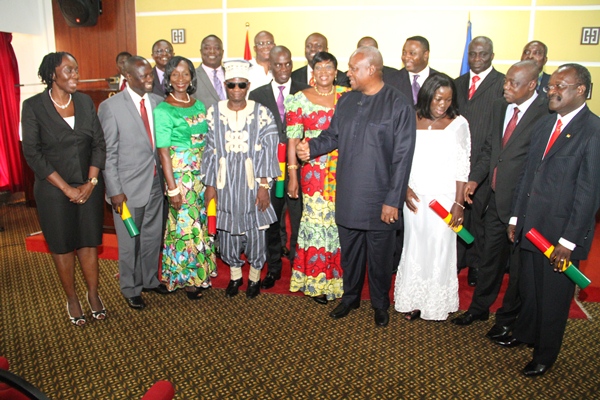 Finance Minister Seth Terpker has mounted a strong defence of government’s strategy to manage the worrying debt stock of the country.

Most state owned enterprises are now required to borrow on their own strength without necessarily burdening government.

President John Mahama recently became a target of sharp criticism for claiming that Ghana is not highly indebted because of the effectiveness of the new debt management strategy.

The International Monetary Fund in a recent report also projected that Ghana’s debt to GDP ratio will cross the dreaded 70 per cent debt-to-GDP mark by the end of the year, which can end the country in HIPC. Finance Minister, Seth Terpker confirmed to Joy News that Ghana’s debt stock currently hovers around the 70 per cent mark but insisted it will begin to drop before the end of the year.

He admitted that the country’s debt is going up because of new loan and disbursement of existing loans.
He also explained government’s policy on lending to some government agencies.

Government is making progress in getting state owned enterprises to clean their books, he said, institutions such as Ghana Ports and Habours Authority, Ghana National Petroleum Corporation among others are now not borrowing on government’s balance sheet.

On why the government had to borrow for the Kumasi Metropolitan Assembly to undertake its market project, he explained that not all state institutions have strong balance sheet so government would have to borrow on their behalf.

“We are also recognizing that when you say state owned enterprises should borrow on their own balance sheets, those of them with weak balance sheet cannot do it immediately. But as part of their own development, and as part of their reform and support from government, you put them on programme whereby government can borrow for you but government requires that when it borrows for you, it will on lend the facility.

“Though it will be on government books, it will not remain on government books. If though government is paying for the loans, the proceeds from on-lending would replenish the loan.”
– See more at: http://www.myjoyonline.com/business/2015/October-20th/ghana-going-hipc-we-must-prove-imf-wrong-terkper.php#sthash.uvoQcJy0.dpuf