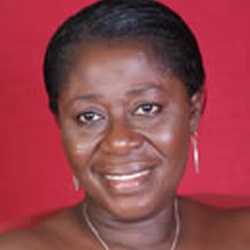 Ghana to get first female Chief of Staff as Frema Osei-Opare emerges as favourite for post
Published: 15 December 2016 By Jeffrey Owusu-Mensah

Ghana will have its first female presidential Chief of Staff in the upcoming administration, close sources to President-elect, Nana Akufo-Addo’s office have hinted.

According to our sources, former Member of Parliament for the Ayawaso West Wuogon Constituency in the Greater Accra Region, Akosua Frema Osei-Opare will likely have this honour.

Though former Minister of Finance in the Kufuor government, Yaw Osaafo Maafo was also highly tipped for the position, Mrs Osei-Opare, who served in the same government as a one-time Deputy Minister for Youth, Manpower and Employment is expected to be given the nod as Nana Addo seeks to promote more women in his government.

A former lecturer and Head of the Department of Home Science at the University of Ghana, Mrs Osei-Opare has also served as the Country Director of Action Aid Ghana.

She is currently serving as a member of the transition team as the head of the staff of the office of the president-elect. 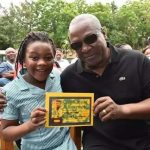