The tranquil 44th anniversary ceremony took the form of brief recount of the death of Dr Nkrumah by Professor Francis Nkrumah, and messages from Mr Ivor Kobina Greenstreet, presidential candidate of the Convention Peoples Party (CPP) and Mr Opon Fosu, Minister of State, Office of the President, on behalf of the Government and people of Ghana.http://ghanapoliticsonline.com/

Mr Greenstreet noted that the ideals and ideas of Osagyefo Dr Nkrumah were still relevant in today’s political and economic development adding that he was laying a solid foundation for economic liberation of Ghana which was truncated by diabolical retrogressive forces.

He described Dr Nkrumah as an incorruptible, hardworking, visionary and outstanding thinker who was committed to serving Ghana and Africa.

He said Dr Nkrumah’s achievements were not only remarkable in Ghana but globally recognised and admired, which led to many people across the world voting him as the greatest African in the 20th Century.

Mr Greenstreet said Dr Nkrumah inspired the mobilisation of the African people and their leaders in the political struggle against apartheid and the total liberation of the continent from the chains of colonial rule and exploitation.

Mr Opon Fosu, on behalf of President John Dramani Mahama, said Dr Nkrumah dedicated his life not only for the development of Ghana and Africa but for humanity in general.

He called for acknowledgement of national heroes irrespective of their political, economic, social and religious status.

Mr Opon Fosu said: “The country should resolve never to reduce and antagonise the image of any personality. Irrespective of our political affiliations we are one people with a common destiny”.

Prof. Nkrumah, who recounted the event leading to Dr Nkrumah’s death on April 27, 1972, described it as “sad, shocking and tragic”.

Dr Nkrumah, described as influential 20th Century advocate of Pan-Africanism, was a founding member of the Organisation of African Unity and was the winner of the Lenin Peace Prize in 1962.

In February 1966, while Dr Nkrumah was on a state visit to North Vietnam and China, his government was overthrown in a military coup.

Dr Nkrumah lived in exile in Conakry, Guinea at the guest of President Ahmed Sékou Touré, who made him honorary co-president of the country. 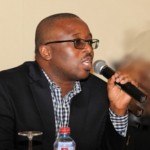 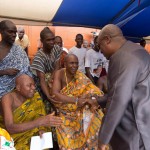