The United States Embassy in Accra has explained that it would not be possible to return the Guantanamo detainees which government has accepted to accommodate in Ghana for two years.

Many Ghanaians have expressed disagreement with government’s decision on the detainees and have asked that they should be returned but some have however welcomed them and insisted they should be accepted on humanitarian grounds.

In an interview on Accra based radio station, Citi FM Friday morning, the Public Affairs Counselor of the US Embassy in Ghana, Mr Daniel Fennell said returning the two men is out of the question since it was a done deal.

There have been arguments and confusion over who was to finance the upkeep of the detainees whilst in Ghana.

The confusion emerged when the producers of the television programme, Hot Issues posted a 1:30minutes interview between host Mr Kwesi Pratt Jnr and Mr Fennel as a promotional video on Facebook. The programme is scheduled to be aired on TV3 on Saturday January 16, 2016 at midday.

In the interview, Mr Fennell reiterated his comments which suggested that Ghana and the US were sharing the costs for the upkeep of the ex-detainees. He had made a similar comment earlier in the week in another interview with Richard Sky on Citi FM.

This however contradicts what had earlier been put out by Ghana government that there were no financial commitments on the part of Ghana.

In the interview on Citi FM Friday morning Mr Fennell apologized for his earlier comments said the US will provide the financial support whilst Ghana provides the infrastructure and men [security] for the upkeep of the ex-detainees.

“…on the cost issue, the United States is bearing the cost … that are necessary to upkeep the detainees that were brought from Guantanamo Bay and the Government of Ghana is in charge of the infrastructure they are in command, and their personnel are in charge of monitoring and so we are infact, if there’s any payment necessary we are the ones that are providing that support so that Ghana doesn’t bear additional financial cost as a result of doing this,” Mr Fennell said.

“If I cause any confusion with my private statement, I apologise. In fact the statement I have heard from the Deputy Minister, Felix are absolutely correct, he spoke correctly and very well and I apologise if I caused any confusion by muddying the issue,” Mr Fennell said.

He said the United States would not want Ghana to be “out of pocket” on this issue and is therefore contributing money for the upkeep of the prisoners.

What was said earlier on Hot Issues

On the Hot Issues programme, when the host Mr Kwesi Pratt Jnr. asked whether government was using tax payers’ money to take care of the former Guantanamo inmates, Mr. Fennel said “I think so” saying “is that so difficult to imagine that Ghana would pay for something that is happening in Ghana?”

“I think it’s laudable and we should be proud of Ghana,” he added. Mr. Fennel also said the security of the former detainees is also “a shared cost.” “The government of Ghana under the constitution is responsible for the security of everything in Ghana so they are keeping track at it, they are better at it, they are smart and we think they are doing an excellent job,” he noted.

He apologized for his previous comment and said it was misunderstood. 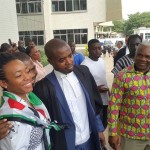 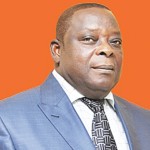