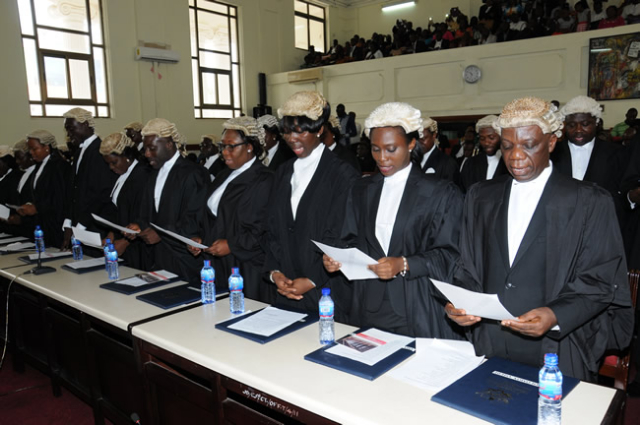 The Ghana Bar Association says it was shocked by the release of some eight members of pro-NPP vigilante group, Delta Force, who were being tried for attacking a court.

GBA Vice President, Tony Forson told Joy News Wednesday, the Association has decided to study the judge’s ruling to understand what led to the decision.

He said GBA is still committed to its earlier statement that the eight men should be prosecuted for disrupting justice.

A Kumasi Circuit Court has discharged eight members of NPP-linked militia group, Delta Force, who were being tried after they disrupted court proceeding of 13 of their members on April 6, 2017.

The 13 were part of 21 men arrested by the police after they attacked the newly appointed Ashanti Regional Security Coordinator, George Agyei. The men had said Mr Agyei did not deserve the position because he played no role in the struggle to bring the NPP into power.
They wanted President Nana Addo Dankwa Akufo-Addo to appoint their leader who was instrumental in the NPP’s 2016 elections camapign.

Out of the 21 men who were rounded up by the police and arraigned, only 13 showed up. This compelled Presiding judge, Mary M.E. Nsenkyire to direct the 13 men to be kept in custody to reappear on April 20.
Dissatisfied with the judge’s decision, the well-built men numbering 50 stormed the court and resisted an order to hold 13 of their members in prison custody. They freed their colleagues.
Eight of them were charged with disturbing a court session, for resisting arrest, and freeing the 13 persons who were in lawful custody.

At a court hearing in Kumasi Wednesday, the case against the eight was dismissed due to the absence of evidence.
The Minority has asked President Akufo-Addo to demonstrate leadership by calling for the re-arrest and prosecution of the eight men without fail.
“We demand therefore that this cancerous exercise of discretion be reversed immediately and the accused re-arraigned before court without any further hesitation,” Minority leader, Haruna Iddrisu said at a news conference in Accra.

Adding its voice to the condemnation of the judge’s ruling, GBA said it will be studying the decisions that led to the release before making its official stance know.
“We don’t really know what the truth is..[but] when a lawyer is in court, the brief he has is what he use and not the information in the media,” Mr Forson told Evans Mensah on Joy FM’s Newsnite.

Attorney General, Gloria Akuffo
The Attorney General, Gloria Akuffo has said she did not order the discontinuation of the case involving the eight members of Delta Force.
In a statement signed by the Information Minister, Mustapha Hamid, the A-G said she has ordered investigations into the circumstances under which the Principal State Attorney in Kumasi dissmised the case.
The GBA Vice President described the development is an “interesting” one especially when the dismissal was blamed on the A-G. 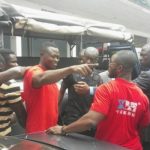 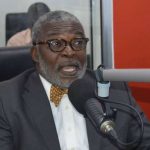